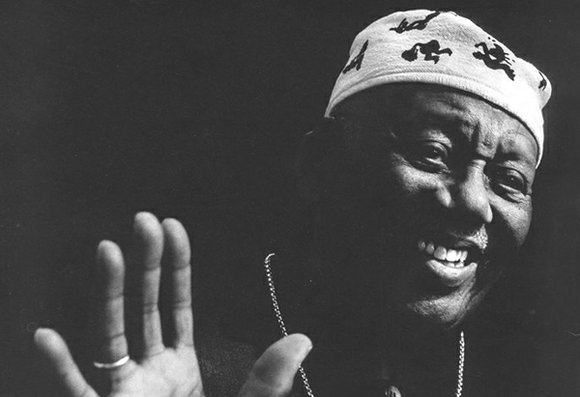 March 19, the dean of African classical jazz piano Randy Weston will perform with his long-standing band African Rhythms in Carnegie Hall’s Zankel Hall at 9 p.m. The NEA Jazz Master and composer will be playing some of his compositions that have become jazz standards over the years such as “Hi Fly” (inspired by his experience being 6-foot-8 and so high above the crowd), “Little Niles” (named for his son, later known as Azzedine), “African Sunshine,” “Blue Moses” and “Berkshire Blues.”

Despite the music tempo, his music brings listeners straight to Africa. Listen to African Rhythms as T. K. Blue’s flute inherits the sounds of African birds or his wailing saxophone brings out the cries of slaves as they run from slave hunters; Neil Clark’s percussions communicate through the ancestral drums; Alex Blake’s bass emulates the melodic footsteps of the tribal dances; and the fleeting harmonies of trumpeter Cecil Bridgewater with Weston’s piano leading the memorial stories.

The native of Brooklyn celebrated his 90th birthday on April 6 and the celebration continues with this performance. His African Rhythms band isn’t just a hip name for Weston, it is a way of life. “Africa is the spiritual center of earth,” says Weston. “Music is our first language as a people.”

Weston with an impressive career spanning over six decades is a direct link to such legends as Duke Ellington, Langston Hughes, Dizzy Gillespie, Coleman Hawkins, Thelonious Monk, Billy Strayhorn and Max Roach with whom he developed relationships and collaborations.

“I played at Carnegie Hall sometime ago during the CTI Record days. At that time, Clifford Jordan, Ray Copeland, Hubert Laws and I played together,” recalls Weston. “I am happy to be alive and celebrating the music of my people and ancestors. This has been an incredible month and playing here at Carnegie Hall is just as important as playing at Sister’s Place in Brooklyn.”

Weston is the first artist-in-residence at the New School for Jazz and Contemporary Music. His book, “African Rhythms: The Autobiography of Randy Weston” (Duke University Press), co-written with Willard Jenkins. was published in 2010.

For tickets, call 212-247-7800 or email ticketassistance@carnegiehall.org.

On March 26, “Africa Now!” comes to Harlem’s Apollo Theater to celebrate its fourth edition of the best of the contemporary African music scene. The concert will feature Niger guitarist Bombino and Ghanaian Afro-Soul Singer Jojo Abot, whose music is a blend of afrobeat and jazz. The Nubian pop and Sudanese singer-songwriter Alsarah and the Nubatones have a sound they call “East African retro-pop.”

Mombasa, the six-piece Afro-fusion band from Zimbabwe, combines traditional and modern instruments with a blend of rhythms consisting of traditional Tonga music that embraces the diverse cultures of southern Africa. “Africa Now!” is hosted by director and actor Sahr Agaujah from the Broadway production of “Fela!”

The tenor saxophonist, composer and arranger Jimmy Heath is another elder statesman of jazz who is enjoying an extended celebration of his 90th birthday, which was on Oct. 25, like Roy Haynes, who celebrated turning 91 last week with back-to-back engagements at the Blue Note.

“I love playing with this big band they are great musicians. Celebrating another birthday is a great thing but for me it’s minute to minute,” said Heath.

He celebrated in a big way by leading his big band. Ironically, Heath is such an incredible musician in a small group setting, he isn’t given enough credit as a big band leader although he has recorded a host of albums in the big band configuration that have received acclaimed accolades.

Together they grooved like a gigantic locomotive train with only one intention: to swing from bop to now and back again. The musicians brought a bag of enthusiastic intensity to Heath’s now standards such as “Togetherness” where trumpeter Hendrix, saxophonist James Burton, drummer Evan Sherman and the crew jumped out smoking leaving nothing to the imagination but another form of hipness.

He wrote “Sassy Samba” for his friend and legendary singer Sarah Vaughan. It was swinging with a Latin tinge and soft flutes pulling out a taste of salsa soul. Heath took the saxophone lead and main solos on Jimmy Dorsey’s “I’m Glad There Is You,” his smooth riffs and harmonic flow made you realize this was a genius at work.

His “Without You No Me” was something he had dedicated to Dizzy Gillespie, saying, “He taught me so much. He was a grand master.” His “Gemini,” recorded by Cannonball Adderley and others, was a hard swinging number bringing back memories of big band swingers such as Count Basie, Duke Ellington and Billy Eckstein.

One thing was for sure, and that was the audience was overjoyed that in this lifetime, we have memorable live moments to listen and swing with Heath. “Turn Up the Heath” is his most recent big band recording.

The Heath brothers are synonymous with great jazz, and although Percy passed away in 2005, Jimmy and Tootie continue to play together. Jimmy Heath’s autobiography, “I Walked With Giants,” written with Joseph McLaren (Temple University Press, 2010), is well worth reading to understand the full magnitude of his contributions to jazz.