The Armory Foundation continues to be an educational life saver 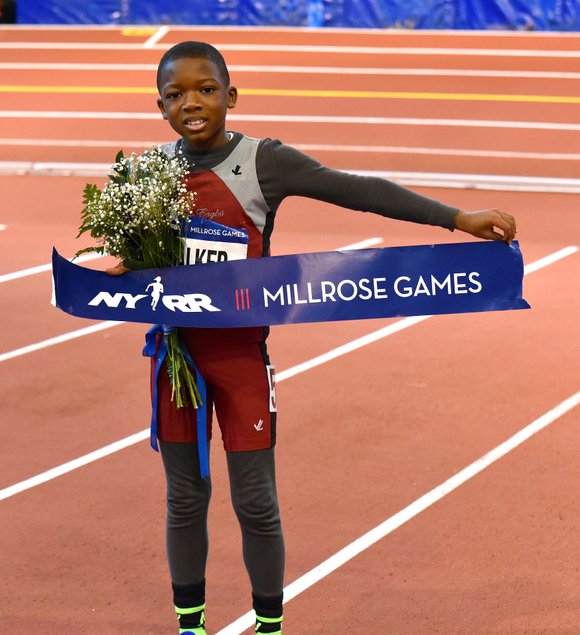 The beginning of 2016 has seen wonderful happenings at the Armory in Washington Heights. Here are just a few of the many highlights that occurred on the track and in the Armory College Prep program.

Astia Innis was offered scholarships to attend both Williams College and Denison University.

Senior Katherine Lima was recently accepted to Swarthmore College with a full scholarship and is a finalist for the Gates Millennium Scholarship.

Allyson Felix took a major step toward her 2016 Olympic goals by winning the NYRR Millrose Games 60m in 7.15. The USC graduate could become the first in history to win gold medals in the 200m, 400m, 4x100m relay and 4x400m relay in a single Olympic games.

Aji Fanta Marenah won a 2016 New York Times College scholarship. The scholarship offers $15,000 per year for four years and includes a six-week paid internship at The New York Times, where she will gain experience working in the news department.

Armory College Prep traveled to Western Massachusetts on President’s Day to visit two of the nation’s premier all-women’s colleges, Smith and Mount Holyoke. The visits were made possible through a generous grant from the New York City Council, and Councilman Ydanis Rodriguez.

Paul Robeson’s girls team had a tremendous season at the Armory, winning several championship relay and individual titles. The Brooklyn Borough team ran the second fastest time of the year in the 4x200m relay at the EmblemHealth Hispanic Games with 1:37.80. They also won the Eastern 4x200m relay and PSAL 4x400m relay at the NYRR Millrose Games. Recently, Armory College Prep members visited several universities, including Hofstra, Adelphi and Temple to learn more about their programs and immerse themselves in the typical undergraduate experience.

One of the highlights of the 109th NYRR Millrose Games was the Invictus 60m Dash, which featured active and retired American service members, five of whom are training to represent the Invictus U.S. Team at the 2016 Invictus Games. The race was won by U.S. Army Sergeant Robert Brown, who ran 7.81.

Drew Hunter rose to distance-running stardom at the Armory this year. The Loudoun Valley athlete broke Alan Webb’s high school national mile record with 3:58.25 at The Armory Track Invitational, then lowered it to 3:57.81 at the NYRR Millrose Games. Hunter will attend the University of Oregon next fall.