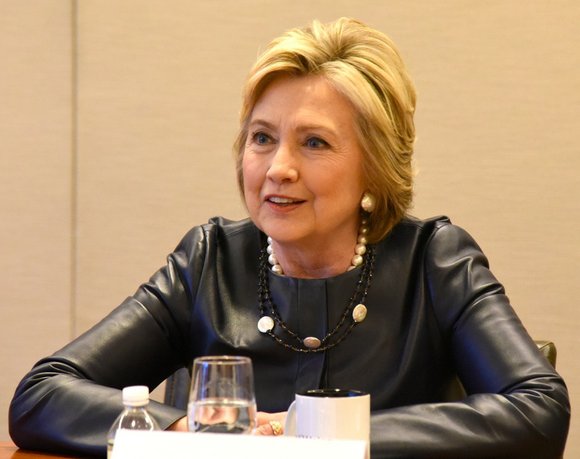 Our country sits on the precipice. We will either continue to rise up out of the ashes of the Bush presidency or go down in flames. The past seven years have been a struggle, to say the least. President Barack Obama has done a remarkable job trying to right this ship we call America, while having to ride the storm surges of the right wing trying to sink us at every turn. We have come a long way, but there are still so many challenges ahead of us.

As New York heads to the polls in just a few short weeks, we must be clear in our objectives. We must understand our history and who has written it. So now it is our turn to correct some of the misnomers and half truths as we go forward to this pivotal election, which, as many pundits have noted, may be the most consequential in our lifetime.

For the first time, in a very long time, the New York presidential primary will actually count, and count with decisive numbers. And that is why this endorsement may be one of the most important ones of our generation.

We have two formidable candidates running for the Democratic nomination. One, a senator representing Vermont who originally hails from Brooklyn, and the other an Illinois native who adopted New York as her home and represented this great state in the United States Senate and as the U.S. Secretary of State.

While Sen. Bernie Sanders believes that he is a revolutionary who will change the face of politics and claims to have been part of the good fight for decades, we ask at the Amsterdam News: If he has been part of the struggle, did we just miss all those protests in Vermont about voter suppression and civil rights?

We first met Hillary Clinton when she was the first lady. We sat with her and discussed health care reform and the issues of the early ‘90s. We met her again upon her arrival in New York. She came to us to explain why she had decided to make New York her home and why she wanted to be our senator.

We watched as she continued to fend her way through Washington. We saw where she put her priorities and how she made our community a priority.

Hillary has always delivered for New York. Both as first lady and as senator. She made the State Children’s Health Insurance Program a reality, as well as spearheading the Zadroga act.

We applaud her desire and determination not to build walls, but to remove the barriers that keep us apart or limit our aspirations. Her foreign and domestic policies are realistic and attainable, and they are consistent with the outlook and hopes of most Americans.

During Hillary’s recent appearance at the Apollo Theater, she recounted many of the issues that are germane to Black Americans. She recalled her tenure as the state’s senator, when she joined parents, doctors and community leaders on the epidemic of children’s asthma here in Harlem. It was not about “making points, but making a difference,” she said to thunderous ovation.

That is why we unequivocally endorse Hillary Clinton in the Democratic primary for president.