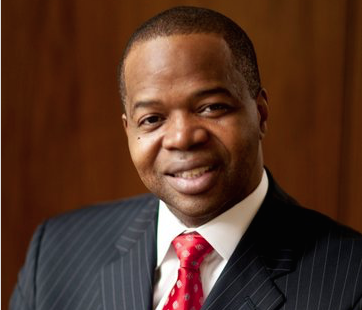 When NYPD officer Peter Liang entered the dark stairwell of the Pink Houses in East New York, Brooklyn to conduct a vertical patrol with his weapon drawn and held in his hand, he violated police procedure. When officer Liang heard Melissa Butler and Akai Gurley entering the stairwell on the landing below, and pointed his gun in their direction, deliberately applying the pressure needed to squeeze the trigger, and discharged his weapon, killing an innocent, unarmed father of a 2-year-old, he violated Akai’s human right to live and enter a stairwell peacefully and safely. To add insult to injury, Liang did not have the human decency to try and save Akai’s life by doing the Police Department’s required CPR that he was trained to do. Melissa Butler performed the CPR on Akai while receiving instructions from EMS, from her neighbor’s telephone. How cold can you get?

For this, Liang was properly indicted and righteously convicted for manslaughter in the second degree. Manslaughter in the second degree means that you “recklessly” caused the death of an individual. It also means that you are “conscious and aware” that your act can put someone’s life at risk. When Liang pointed and discharged his weapon in the direction of Akai Gurley and Melissa Butler, he was aware of the fact that an act such as that can cause the loss of life and it did. So, he was properly charged and convicted by Brooklyn District Attorney Ken Thompson. Manslaughter in the second degree carries a penalty ranging from no jail time to the maximum of 15 years in prison. When Thompson recommended “no jail time” for Liang, it sent shock waves, outrage and anger across this state and indeed across this nation. People began to ask, what was he thinking? And worse yet: Who got to him? This decision makes no sense! He didn’t have to recommend anything. The decision of sentencing is up to Justice Danny K. Chun.

Thompson should have recommended jail time! Thompson betrayed both the Akai Gurley family and the Black community. Regardless, the struggle continues. Chun will be making his sentencing decision on April 14, 2016. We must pack the courtroom. Before that, send letters to Chun expressing your disagreement with Thompson’s no jail time recommendation and demand jail time for Liang. By the way, Thompson officially recommended five years probation, six months house detention and 500 hours of community service. For manslaughter, that is absurd!

When the Rev. Dr. Martin Luther King Jr. was asked to condemn the so-called riots in response to police killings in 1967, he responded by saying that he cannot condemn the riots without condemning the conditions that caused them to riot. He further stated, “Riots are the voice of the unheard.” I say, when peaceful methods for change and justice are ignored, violence is inevitable. Listen to the people and let justice prevail!

Thompson’s no jail time recommendation will send a message across the nation that even when we elect a person of African descent to a higher position, Black lives still don’t matter!

On April 4, 2016, we are calling for a day of outrage. That is the date of the assassination of the Rev. Dr. Martin Luther King Jr. Stay tuned for further information on that. I continue to express my heartfelt condolences and support for the Akai Gurley family. The struggle continues! We will win!