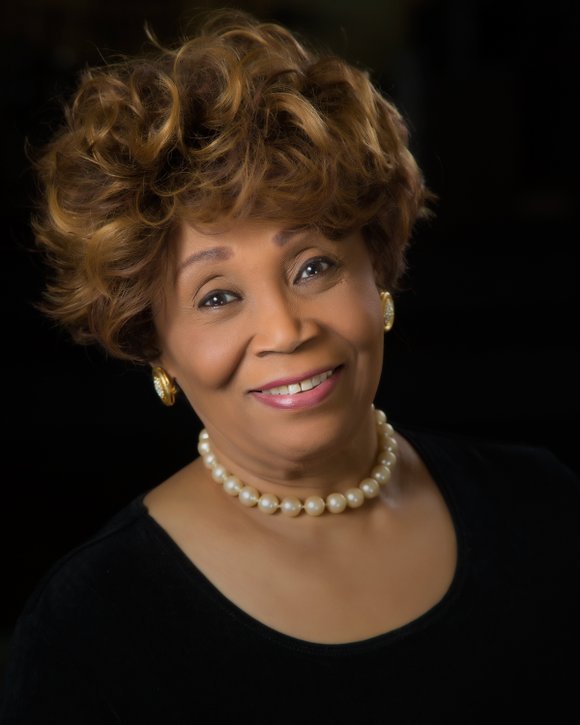 "It's great to be first,” Vy Higginsen’s mother told her, “but make sure you open the door for others to follow."

For Vy, the executive director of the Mama Foundation for the Arts located in the heart of Harlem, being “first” was something she has done often in several fields and careers.

The first “first” for Vy happened nearly 100 years ago when her parents, Rev. Randolph A. Higginson from Barbados and her mother Geraldine Payne West from Virginia had the courage and foresight to buy two brownstones on West 126th Street, where Vy was born and raised and where she still lives and works today.

The block Vy grew up on is nestled halfway between the Apollo Theater and Sylvia’s Restaurant—two Harlem landmarks that played such an important part in her personal and professional history. Vy’s older sister, Doris Troy won the Amateur Night at the Apollo which launched her career as the songwriter and performer of the classic Soul R&B hit “Just One Look.”

“My sister, Doris, was the one who really interested me and involved me in the music-making business; both performing live and radio pop music,” says Vy. “Sometimes, I can still see her and hear her on the sidewalks we strolled as young girls even though she passed away in 2006. Everything began right here in Harlem, and my life mission and purpose includes helping to preserve the music I remember when I was young.”

In the 21st Century, Vy was the first person to be featured on three different segments of CBS’ 60 Minutes: on an episode titled “DNA Cousins” about her discovery of her family roots with a white cattle rancher in Poplar Bluff, Missouri, the Gospel for Teens double segment which won two Emmy Awards, and Alive! 55+ and Kickin’ which was broadcast on three separate occasions in 2015-2016.

In addition to being the founder and executive director of the Mama Foundation for the Arts, Vy is currently performing in the original musical We Are! at the Dempsey Theater in Harlem in April and June.

Admired for her warm and gracious presence and her glowing, caring smile, Vy attributes many of her successes on her curiosity. “I really like and want to know people. I want to hear their stories. I have learned that good listening often reveals surprising and touching aspects of another’s inner being. I strongly believe that you can be healed by being heard.” This is the underlying principle of the hot, hit musical Alive! which plays at Dempsey Theater from April 9 - June 25, 2016.

“I love giving first or second chances to talented musical performers who might never get cast in a Broadway production, or be signed by a record company,” says Vy. After the 60 Minutes feature aired, thousands of people have come to Harlem from all over the USA, Europe, and Asia to see Alive!, now celebrating its 3rd year of performances.

Many people are coming to Harlem for the first time just to see Alive! and We Are!—another first. The firsts keep on coming. “Harlem is in my blood,” says Vy. “It is my holy ground.”