At the starting gate: Clinton leads Trump by double-digits 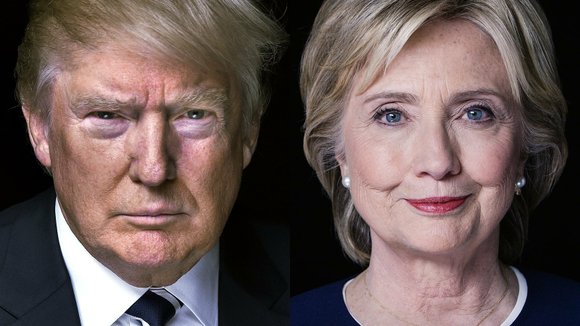 The new CNN/ORC Poll, completed ahead of Trump's victory last night, found Clinton leads 54% to 41%, a 13-point edge over the New York businessman, her largest lead since last July.

Clinton is also more trusted than Trump on many issues voters rank as critically important, with one big exception. By a 50% to 45% margin, voters say Trump would do a better job handling the economy than Clinton would.

Almost 9 out of 10 voters in the poll called the economy extremely or very important to their vote for president, outranking any other issue tested in the poll.

Overall, voters are evenly split on their opinion of Clinton -- 49% see her favorably and the same share unfavorably. But a decidedly larger group (56%) see Trump unfavorably than see him favorably (41%).

Trump's path to the GOP nomination became clearer after his win in the Indiana Republican primary Tuesday led to his primary rival, Texas Sen. Ted Cruz, to drop out of the race. While Clinton lost Indiana to her primary rival, Sen. Bernie Sanders, the former secretary of state has a broad lead among delegates.

Trump and Clinton would be the most disliked major party nominees in CNN's polling dating back to 1992, with only two other candidates meriting less than 50% favorability heading into the election -- Mitt Romney was 44% in April 2012 and Bill Clinton was viewed positively by 42% of voters in April 1992.

Asked why they back Clinton or Trump, most of those behind each candidate say their preference in the matchup is more about opposing a candidate than supporting one. Among Clinton supporters, 51% said their choice was mostly about opposing Trump and 57% of Trump supporters said they went with him because they don't want Clinton in the White House.

Few in the poll say they feel well-represented by the government in Washington, 24% say they feel very or somewhat well represented, with Democrats (35%) more likely to feel that way than Republicans (10%). Among Democrats who back Sanders, 39% say they are not represented, more than double the 18% of Clinton supporters who say the same. Among those Republican voters who back Trump, 64% say they are unrepresented by the government vs. 55% among those who favored another GOP candidate.

Although Trump and Sanders supporters both tend to feel less well represented, there isn't much overlap between Sanders' supporters in the primary and Trump voters in a hypothetical general election matchup with Clinton. Just 10% of Sanders' primary backers say they would back Trump in a Clinton-Trump hypothetical head-to-head. That's about the same as the share of Clinton backers who say they would vote Trump in a Sanders-Trump matchup (11%).

Clinton trails by 7 points in a hypothetical general election matchup with Trump's one remaining competitor for the GOP nod, Ohio Gov. John Kasich. But her final opponent, Sanders, performs better than her with the remaining two Republicans, beating Trump by 16 percentage points and Kasich by 4 percentage points.