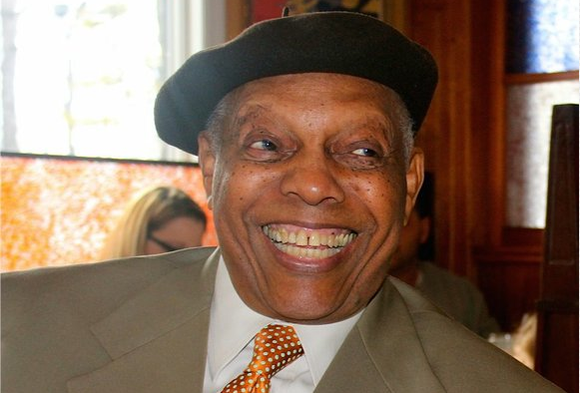 Funeral services were held for Jackson April 30 at the Abyssinian Baptist Church, where the Rev. Calvin O. Butts eulogized him.

Born in Savannah, Ga. in 1935, he was the only child of Elijah L. Jackson and Mary Lou Maynor. His mother passed away when he was a toddler and he was raised by his paternal grandparents, John Wesley and Maggie Jackson. Growing up, he developed a lifelong passion for Southern cooking from his grandmother.

Leaving Savannah after graduation from high school, he moved to Greensboro, N.C. to attend the historically Black North Carolina A&T University, earning an undergraduate degree. A lifelong “Aggie,” he often went back to his alma mater to attend homecoming festivities and other campus events.

Jackson earned a master’s degree in social work from Adelphi University and a doctorate degree in education psychology from the University of Massachusetts.

He moved to New York and initially worked for the Harlem Youth Opportunities Associated Community Teams, a social activism organization in which he counseled low-income youth.

Continuing his mission to help youth reach their educational goals, he worked for the Mamaroneck School District in Westchester County to promote integration of schools.

With his career focused on youth and education, he served as a family counselor for the Head Start program. He eventually ended up at Lehman College in the Bronx, where he taught Black studies and was a counselor in the Search for Education, Elevation and Knowledge program. He retired from the college in 1996.

Jackson joined the Abyssinian Baptist Church in 1980, where he was a member of the Leon E. Thompson Men’s Chorus, Blue Nile Rites of Passage, Abyssinian Development Corporation and the Abyssinian Golf Club. He was a deacon at church for more than 30 years.

A beloved fraternity brother, Jackson was a member of Alpha Phi Alpha Fraternity, Inc., the nation’s oldest Black fraternity. He served as president of the Eta Chi Lambda Chapter. He was also a member of the Association of Black Social Workers and Prince Hall Masons, Boyer Lodge, No. 1. He briefly owned and operated his own clothing store, Mr. J’s Boutique.