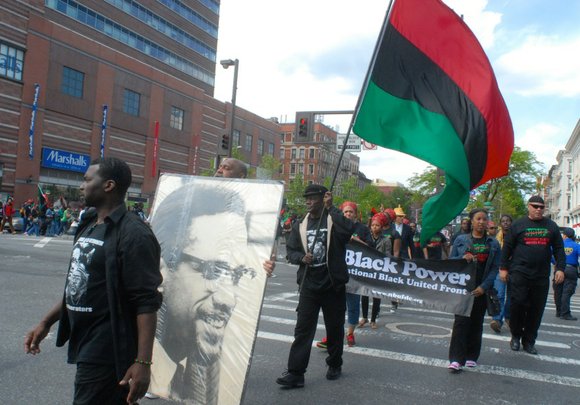 Organizers and activists are preparing for the 91st birthday celebration of Malcolm X Thursday, May 19. The day also commemorates 27 years of the annual 125th Street business shutdown in Harlem.

The day will start at noon with a Black Power March at the Adam Clayton Powell State Office building in Harlem followed by the “Shut ‘Em Down” march from 1 p.m. to 4 p.m. All businesses on 125th Street between St. Nicholas Avenue and Fifth Avenue are required to close their gates and shut down their businesses during the three-hour period for a moment of commercial silence for Malcolm X.

“This demonstration of Black Power follows in Malcolm X’s instructions as an example of self-determination and self-respect that we must demand and not compromise on,” said activist Omowale Clay of the December 12th Movement. “For over 25 years of police arrest, bribery attempts and negro sellouts, the Black Community, led by the December 12th Movement, our community has demanded that Malcolm X, one of our greatest revolutionary leaders be honored on the same streets from which he taught us who we are, where we come from and what and whom we must fight for our freedom.”

At 6 p.m. the Malcolm X forum will take place on the 8th floor of the Adam Clayton Powell State Office Building. The forum will highlight Malcolm X’s speech “The Ballot on the Bullet” and its meaning today. There will also be a showing of the film “Malcolm X Speaks,” followed by a panel discussion on the 2016 presidential race.

Malcolm X Day is celebrated May 19 or the third Sunday of May. In 1993, this holiday was proposed at the federal level to Congress as H.J.R. #323 by Congressman Charles Rangel.

Celebrations are currently held in 15 states around the nation with the city of Berkeley, Calif. observing the holiday by closing city offices and schools. In 2015, the holiday received a legal status in Illinois.