Masterwork of Black theater opens at HSA May 13 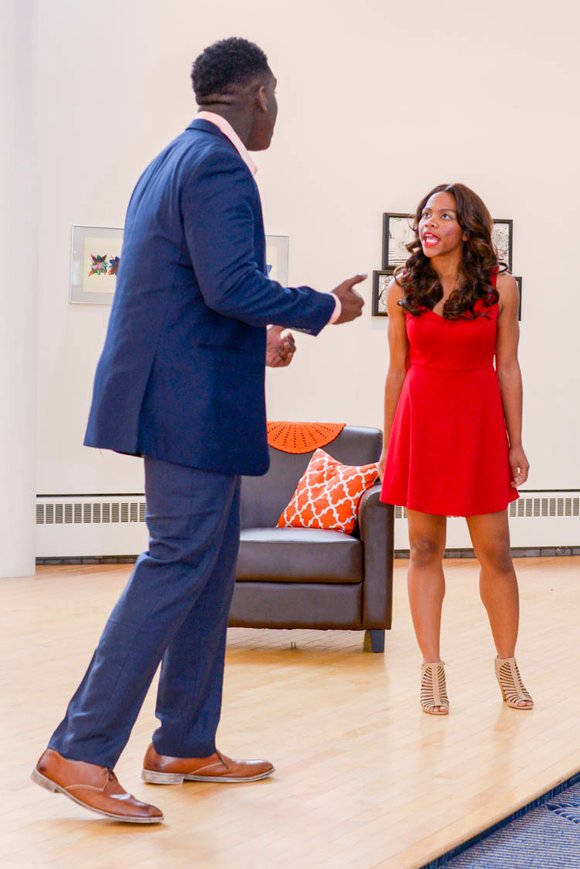 The Harlem School of the Arts Theatre Department is launching “One Monkey Don’t Stop No Show,” a consistently hilarious, emotionally stirring and beautifully written satirical comedy directed by artistic director Alfred Preisser. Written by Donald Evans, “One Monkey Don’t Stop No Show” is a hilarious foray into Philadelphia in the 1970s, mixing romance, religion and the declining jazz scene into a completely unique comedic stew.

This not-to-be-missed production stars HSA’s Young Theatre Alliance Company. The performance will run May 13-15 at 7 p.m. Friday and Saturday and 3 p.m. Saturday and Sunday at the Harlem School of the Arts, The Herb Alpert Center, 645 Saint Nicholas Ave. Tickets go on sale April 20, 2016 ($20 in advance, $25 at the door; $18 group rates; $10 students and seniors). The production is open to the public and suitable for ages 12 and up.

The action takes place in suburban Philadelphia, where the Rev. Avery Harrison, a Baptist preacher, clings tenaciously to his position in the local Black elite. His upwardly mobile philosophy is avidly shared by his wife Myra, whose hilarious malapropisms continually betray her impoverished origins, and by his son Felix, a private school product. A jarring note is struck when the reverend’s countrified niece Beverly, the only daughter of his recently demised brother, arrives from the rural South with the news that she has been left in the custody of Caleb Johnson, a jive-talking, fast-living, macho type who was the partner of Beverly’s father in a disreputable local nightclub. The production is a comic force that explores marriage, teen pregnancy and class warfare in downtown Philly.

Preisser, a New York-based writer, director and producer, has credits that include “Archbishop Supreme Tartuffe” with André De Shields, Melvin Van Peebles’ “Ain’t Supposed to Die a Natural Death,” “King Lear” at The Folger Shakespeare Theatre and more than 50 professional shows in New York, in the region and in Europe.

For 50 years, HSA has stood apart among the premier arts institutions in New York City as the sole provider of quality arts education in the four different disciplines of music, dance, theater and visual arts. HSA enriches the lives of young people and their families in Harlem and the greater New York City area by providing unrivaled on-site arts instruction, vital outreach partnerships with New York City schools and quality performances and exhibitions that attract diverse audiences to its dynamic cultural arts facility. HSA creates opportunities for both children and adults to fully experience the benefits that the arts can bring to their lives. For more information on HSA courses, programs and events, visit www.HSAnyc.org.