Coaches freshen up their resumes for new NBA openings 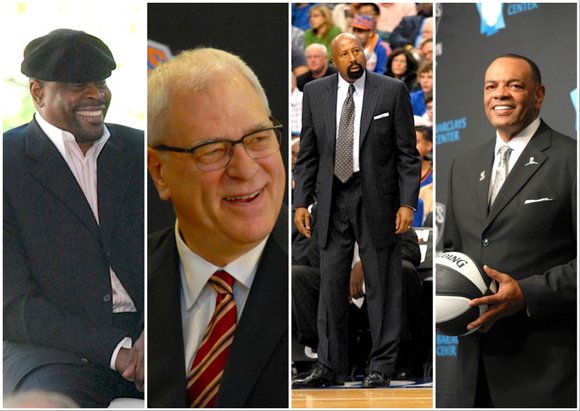 A number of positions were available for applicants seeking NBA head coaching positions at the end of this regular season. Beginning last month, 10 teams have either hired or are in the process of hiring a suitable candidate for their openings. Currently hiring are the New York Knicks, the Houston Rockets, the Memphis Grizzlies and the Indiana Pacers. The Brooklyn Nets, Washington Wizards, Indiana Pacers, Minnesota Timberwolves, Los Angeles Lakers and Sacramento Kings have posted vacancy-filled signs.

The Cleveland Cavaliers and Phoenix Suns, who both fired their coaches during mid-season, retained their interim head coaches, Tyronn Lue for Cleveland and Earl Watson for Phoenix. Houston’s interim coach, J. B. Bickerstaff, removed his name from the Rockets’ choices of available candidates after taking the Rockets to the first round of playoffs. Memphis fired head coach Dave Joerger last week, but he was so appealing as a candidate to the Sacramento Kings that they hired him within days of his dismissal.

More than one-third of the NBA’s teams will have made changes for the upcoming season. Locally, the Nets will introduce their new hire, Kenny Atkinson, Monday. The Knicks have been slow to make a decision. It’s believed that Phil Jackson, the team’s president, has chosen their interim coach, Kurt Rambis, to continue permanently at the position, but just can’t figure out how to force him on their ticket buyers and fan base, who are adamantly opposed to that decision.

When asked about when he’d make a decision on the hiring during his press conference in April, Jackson stated, “There’s no expectation on that. It could be July. It could be May.” He didn’t seem to be in a rush, hard-pressed.

Some interesting names are rumored to have applied for some of these openings. Of course there’s Mark Jackson and Jeff Van Gundy. And there’s David Blatt, the former Cavaliers coach who gets the most sympathy votes because of the circumstances under which he was dismissed in Cleveland. There’s former head Rockets’ coach Kevin McHale, the first coach let go this season. There’s Lionel Hollins, let go in January by Brooklyn; Mike D’Antoni, now a Philadelphia 76er assistant; Mike Woodson, who was let go by the Knicks when Jackson was hired, now with the Los Angeles Clippers; and Jeff Hornacek, who was replaced earlier this year in Phoenix. Also on the circuit is former Knick, Patrick Ewing, now an assistant coach with the Charlotte Hornets, and former player, Sam Cassell, now working as an assistant with the Los Angeles Clippers.

The most interesting contestant mentioned so far this off-season has been television analyst Kenny Smith. The Rockets are rumored to have scheduled an interview for their former point guard, who was on the team when Houston won their two championships in 1994 and 1995. He’s been on television, employed by Turner Sports, analyzing basketball games since 1998.