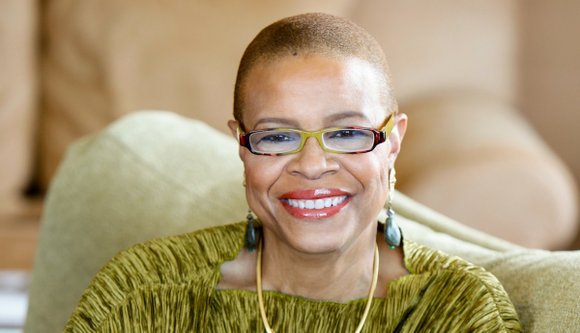 Noted public relations counselor and author Terrie M. Williams is no stranger to pain. A licensed clinical social worker, she had spent years helping others overcome the devastating pain depression brings, only to find herself caught in the grips of the same pain years later. Her openness about her depression—described in her book, “Black Pain: It Only Looks Like We’re Not Hurting”—allows her readers to take an honest look at themselves. The book helps people recognize their pain, come to terms with the issues in their lives that are causing them grief and seek the help they need to save their lives.

This encouragement is in large part why Williams and her public relations colleagues are partnering to support the American Foundation for Suicide Prevention’s Out of the Darkness Overnight Walk June 4 in New York City. The walk will begin at the Intrepid Sea, Air and Space Museum located at Pier 86, on the West Side of Manhattan at 12th Avenue and 46th Street, and will continue throughout lower Manhattan.

Participants from across the country will come to New York City to walk more than 16 miles from sunset until sunrise to raise money and awareness for suicide prevention. Each person will raise a minimum of $1000 to participate in the Overnight Walk. Since its inception in 2002, nearly 30,000 people have participated in an Overnight Walk, 5,000 people have volunteered and more than $35 million has been raised to support the cause. Money raised from the event will support the American Foundation for Suicide Prevention, which funds research, creates educational programs, advocates for public policy and offers much-needed support for those affected by suicide. To register or donate for the Overnight Walk, please visit http://www.theovernight.org.

The American Foundation for Suicide Prevention, which has local chapters in all 50 states, is dedicated to saving lives and bringing hope to those affected by suicide by promoting suicide prevention through research and advocacy, and mental health education and community programs. Williams and her colleagues, Donald Singletary of The Singletary Group, whose background includes corporate communications, education and health care, and Sheila Tartaglia of Tartaglia Communications, LLC, an educator and leader of diversity efforts within the public relations field who specializes in health care communications, are working together to develop an awareness campaign about mental health advocacy within the African-American community. All three public relations counselors share a deep commitment to bringing healing, resources and advocacy to their fellow African-Americans who are living with the pain depression brings.

“We want to help save the lives of our African-American brothers and sisters who are at risk for the debilitating effects of depression, which can lead to feelings of hopelessness, engagement in risky, life-threatening behaviors and, tragically, suicide,” Williams stated. “We are invested in partnering with organizations like the American Foundation for Suicide Prevention, and others, to personally deliver the message of mental health advocacy, healing and hope to African-American communities in New York—and potentially nationwide—in order to raise awareness and save lives.”