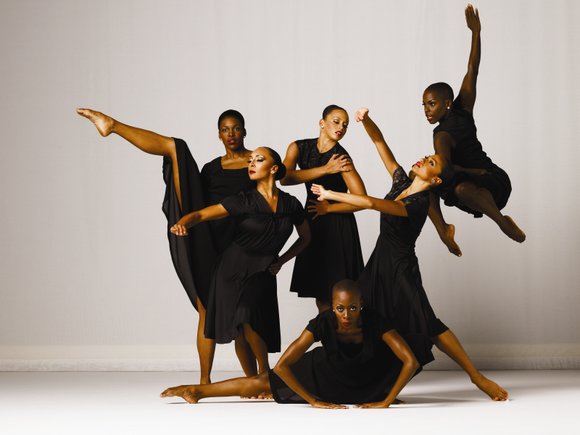 There will be new works, such as Kyle Abraham’s “Untitled America: Second Movement” and Marco Bigonzetti’s “Deep”; thrilling favorites, such as Robert Battle’s “The Hunt” and Ulysses Dove’s “Vespers,” and time-honored masterpieces, such as Alvin Ailey’s “Revelations” and “Blues Suite” and Paul Taylor’s “Piazzolla Caldera.” There will also be additional activities that transform June 8-19 at Lincoln Center from an ordinary season into a extraordinary event.

Kicking it all off, Wednesday, June 8 at 7 p.m., is the Ailey Spirit Gala with honorary chairs Anthony Anderson, star of “Barbershop” and “Black-ish,” and TV One journalist Roland S. Martin. The purpose of the gala is to raise funds for scholarships that enable talented youngsters to attend The Ailey School and the extensive Ailey Arts in Education & Community Programs. In addition to the gala, on June 11 and 18, ticket-holders for the Family Matinees will be treated to free activities an hour before the 2 p.m. curtain, including a chance to learn steps inspired by Ailey’s beloved “Revelations.” After the Family Matinees, Battle and the dancers will stick around and answer audience questions.

Battle says the excitement doesn’t stop there. Onstage at the David Koch Theater, the Alvin Ailey American Dance Theater season features two world premieres. One premiere is from Kyle Abraham, the talented young choreographer and MacArthur “genius,” who, last season, presented the first part of his “Untitled America” trilogy. Battle says Abraham’s work is “on the edge of experimental and modern dance-rootedness and is as much about activism as it is about making movement.”

Abraham says this second installment of “Untitled America” grapples with mass incarceration and its impact on African-Americans and our families. “I want this work to expose people to not only the injustices in the mass incarceration of people of color or people in general in this country,” Abrahams told the Amsterdam News, “but also to get them thinking about this whole other issue of families that have multiple generations passing in and out of the prison system. What is that lineage when you’re thinking about slavery and how we’re still being held captive” with our forced labor being used to create wealth for others.

Adding to this eclectic season is Mauro Bigonzetti, the newly appointed director of Italy’s La Scala Ballet, who returns to Alvin Ailey American Dance Theater with the premiere of “Deep,” which marries his fluid movement style with a score that mixes the music of Ibeyi, soulful twins who sing in both Yoruba and English, and the sounds of artists such as Thelonious Monk. There’s also a return of Ronald K. Brown’s “Open Door” inspired by a trip to Cuba and set to the get-on-up-and-dance rhythms of Arturo O’Farrell and the Afro Latin Jazz Orchestra.

Hip-hop choreographer Rennie Harris’s funky, thought-provoking “Exodus” shares the program with Battle’s edgy “No Longer Silent,” whose movement, mood and message take cues from the music of Erwin Schulhoff, whose work was banned by the Nazis and who died in a concentration camp in 1942. The Ailey season also includes modern dance trailblazer Paul Taylor’s “Piazzolla Caldera,” set in a smoky tango club where 12 men and women engage in a series of fiery encounters, and Judith Jamison’s riveting, sensuous emotional duet “A Case of You.”