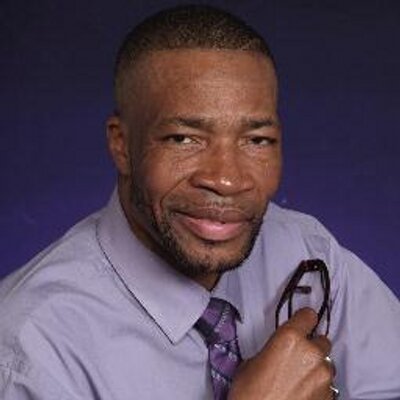 For two years, crashing on the streets of New York was the norm for freelance mimer Nate Moran. And then he met R&B singer, songwriter and record producer Ne-Yo on Eighth Avenue in the mid-2000s.

Ne-Yo did not give Moran wads of cash or a stake in his estimated $16 million fortune, but he did compliment Moran’s dance moves.

Moran, who was homeless, had walked up to Ne-Yo after a hip-hop show and asked him to look at his dance routine.

“Yo, Ne-Yo!” Moran recalled saying. “Check this out man. Let me show you some moves, man.”

“We need to sign this guy,” someone in the crew said as they watched Moran perform on the city pavement. “This kid is good.”

Moran said he has not seen Ne-Yo since that night.

“If I meet him [again], I will tell him how much I appreciate him,” Moran said.

As a Virginia native, Moran is a southerner at heart who was raised by his grandmother.

Throughout the day, outside labor was completed under the hot Virginia sun. For hours, he chopped wood and washed clothes on a scrub board. Coin operated washer machines and dryers were too expensive for his large household. Despite some financial troubles, the family remained “clean” and “on top.”

At the time, some of Moran’s friends could afford All-Star sneakers to wear with their school outfits.

Moran’s grandmother, who raised 13 children, taught him to be a good person and to respect others.

Family members have always been supportive of Moran’s interest in the entertainment industry. When he was a child, his mother would give him 50 cents to perform dance routines in front of her friends.

“I would do a James Brown split,” Moran said. “My mother introduced me to my first dance contest.”

In second grade, Moran won a chocolate bunny at his first competition.

“When I got that chocolate bunny, it was like a grammy,” Moran said.

In the coming years, however, Moran’s journey was less than sweet. After moving to New York in the 1990s, Moran began drinking heavily. An occasional sip on alcoholic beverages turned into a petulant early morning to mid-afternoon craving for alcohol.

Moran admitted himself to a hospital on Long Island, where he received treatment for his alcoholism.

“I went to a program to get myself together,” Moran said.

The skills he gained in the 30-day program helped to recharge his goals and aspirations. He got a job and saved up for an apartment in Huntington, N.Y. It has been nearly 10 years since Moran has consumed alcohol.

As an interpretive dancer, actor and musician Moran hopes to expand his brand.

In 2011, he won a dance competition in which he performed to Usher’s hit song, “There Goes My Baby.” A few years ago, the former war veteran was selected to perform at the Veteran Creative Arts Festival. Moran has dozens of videos of his nationwide performances on his YouTube channel,“Realschool1.”

When Moran walks through Penn Station or on the sidewalks of New York, he knows that dance has moved him past the streets. Dressed in a black tux with white makeup painted on his face, Moran can now rest easy with a home on stages across the nation.