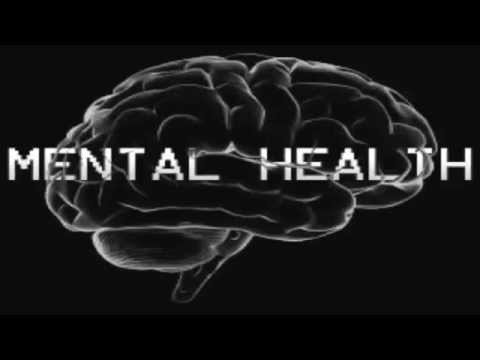 Mayor Bill de Blasio’s administration recently launched an ambitious “comprehensive” mental health plan, called ThriveNYC, that will cost $850,000 over five years, because according to experts, “1 in 5 New Yorkers experience a mental health disorder in a given year.”

And, according to the city’s report, “poor minority residents are disproportionately affected by mental health illness [and] more likely to be misdiagnosed or untreated than white New Yorkers.”

Dr. Patricia Canson Griffith, Ph.D., explained to the AmNews that it is “very convenient for the white community to put any kind of diagnosis on us.” She added, “Physicians have a tendency to wait until someone is absolutely crazy before getting that person help.”

Dr. Stan Griffith. Ph.D., said, “I think there is a level of denial or avoidance concerning mental health illness—a stigma. People don’t want to acknowledge that our community suffers from theses illnesses.” He told the AmNews that his wife and other members of the National Association of Black Psychologists are working to make available to the Black community services that people feel are culturally sensitive and that avoid diagnostic labels.

Dr. Vanessa Toney Bobb, M.D., Ph.D., a practicing psychiatrist, works in two boroughs, Staten Island and Manhattan. Bobb told the AmNews that Thrive NYC, an ambitious effort, may very well be “underfunded,” but it is definitely raising awareness that there is help on the way. “The program is also helping to reduce the stigma by normalizing the services provided in schools, providing pregnant women with mental health screenings through primary care physicians and creating crisis hot lines,” she said.

A spokesperson for ThriveNYC, speaking to the AmNews anonymously, admitted that the program is very much aware of the “cultural competency” issues. “That is why Thrive made a concerted effort to announce the campaign to the not-for-profits, offering a comprehensive training phase that includes basic counseling sessions and pairing the not- for-profits with health care providers,” stated the spokesperson. The key, according to the anonymous spokesperson, is “creating a system that intervenes early.”

The spokesperson’s claim is news to Claudia Powell of the National Alliance on Mental Health in Harlem. “I have not been contacted concerning ThriveNYC,” Powell told the AmNews. “Everyone knows that people of color are misdiagnosed, but as you know, the Black community has so many other things happening, that mental health is not a priority.

“I cannot begin to figure out what our families are going through—the best kept secret to date is mental health illness. The problem has reached epidemic proportions. This is why you see so many affected people out in the streets. Mental illness is a social disease!”

Thrive has put together a “roadmap” on its web page that covers the period ending in 2010 and gives percentages for the five boroughs.

One category is the percentage of adults who have received any counseling or taken a prescription drug in the past 12 months. The numbers read from 8.1 percent to 91.2 percent, with a disclaimer that “most data are unreliable.” Another category shows percentage of adults having ever been told by a doctor, nurse or other health provider that they had depression: 4.8 percent to 26 percent. The category has the same disclaimer.