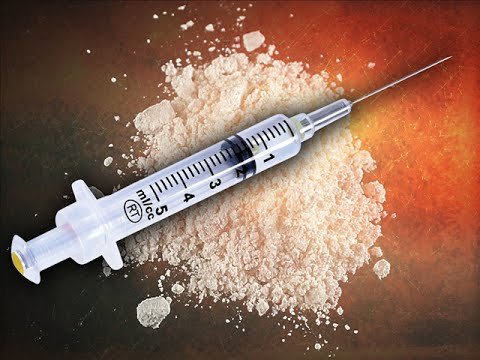 Now that white men between the ages of 18 and 44 top the number of addicts in the nation dying of overdoses of heroin, or smack, lawmakers, law enforcement officers, the medical profession and civic leaders are taking notice.

Heroin, according to the Centers for Disease Control and Prevention, can no longer be considered exclusively a ghetto or urban drug. They report that its usage cuts across race, class and gender, with increased occurrences of overdoes in the nation’s suburbs.

In April, Police Commissioner Bratton voiced his concern about the epidemic, stating,“Heroin is making a big-time comeback.” Heroin deaths, he added, outpaced murders in New York for the second straight year.

Nationally, 28,647 deaths were linked to opiates in 2014, making overdoses the leading cause of accidental death in the U.S.

It’s a shame that the alarm occurs only after white men are the major victims of heroin addiction and overdoses. In the mid-’80s, when crack cocaine was the scourge, interest in curtailing it was activated when usage began to proliferate on Wall Street and beyond the central city.

We applaud whatever it takes to bring attention to this malady. And it’s about time for our elected officials in Albany and elsewhere to get their legislative arms around this issue.

Recent news that the House of Representatives has passed a set of bipartisan bills targeting the trafficking of drugs and providing for treatment rather than incarceration of the addicted, with a special concern for addiction among minors and military veterans, is encouraging. Getting the Republican-dominated Senate on board remains a challenging proposition.

To this end, we commend the work and vision of Rep. Katherine Clark of Massachusetts, who earlier this month passed two bills addressing the nation’s opioid crisis. She is particularly concerned about unused medications and the protection of children. Another bill she has drafted that is under consideration by the House aims to increase the availability of the overdose antidote Narcan through state grants.

Bills have also been passed by our senators in Albany, and holding overdose victims for treatment has long been a measure proposed by some clinicians and family members of victims.

Another step toward curtailing the problem would be limiting the access to the drugs, particularly the painkillers. According to several reports, heavy addiction begins with painkillers and then to heroin, which is less costly and more powerful in its pure form.

A greater emphasis on educating the public about the dangers of drug addiction can never be understated. Too many of our citizens are of the opinion that heroin is a thing of the past, but in this instance past is present, and more people are addicted now than in the ’50s, when heroin was rampant here in Harlem.

If we are unable to curb the spread of the epidemic, at least we can back those politicians, medical counselors and advocates who demand that treatment for the addicts is put higher on the agenda. We also support the idea of police officers being armed with Naloxone, a nasal spray that helps revive the overdosed.

If only the spray came in a preventative form.