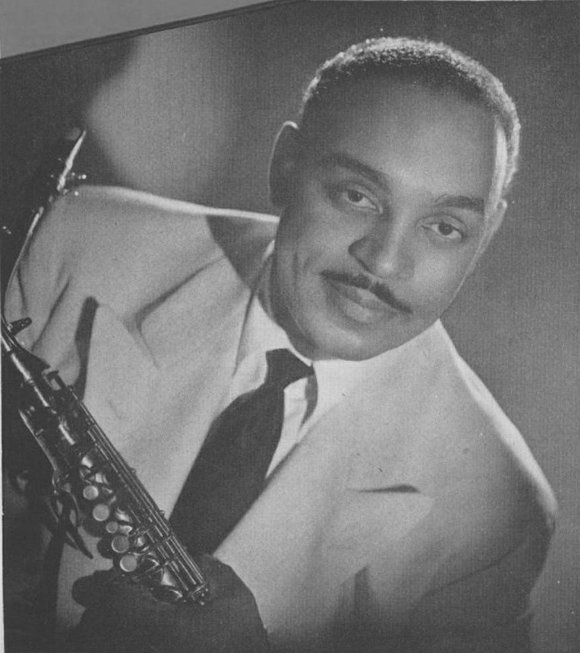 For a couple of reasons Benny Carter stayed on my mind this week. His memory was first evoked during a discussion of the history of the Apollo Theater. In 1934, when the Apollo introduced its Amateur Night show, with Ralph Cooper as the emcee, the Benny Carter Orchestra was featured. He crossed my mind again last week when the Classroom profiled Jackie Carter. They were not related, but they possessed a similar zest for life and versatility.

Born Bennett Lester Carter, Aug. 8, 1907, in Harlem, he received his first music lessons from his mother. She taught him the fundamentals of music, and from neighborhood musicians he learned the art of jazz improvisation. But he was basically self-taught, beginning on the trumpet before switching to the saxophone. He was a teenager in Harlem when he began sitting in with various groups, most notably with the Earl Hines band.

It was during a year with Fletcher Henderson’s band that Carter acquired wider recognition, particularly for his arrangements. A brief stint with McKinney’s Cotton Pickers, the Detroit-based unit, was an opportunity to perfect his ability on the alto saxophone, his principal instrument, as well as his technique of arranging. By 1932, he assembled his own orchestra.

After helping to launch the shows at the Apollo, Carter left for London. During his sojourn there, he was staff arranger for the BBC Dance Orchestra. From his base in London, he traveled throughout Europe, establishing a highly respected reputation that put him in great demand. When he wasn’t in the studio, Carter found time for sessions in British after-hour clubs.

“I always played there when I had time,” he told a reporter. “I used to play in a club called the Nest, and there was another one called the Shim-Sham. Not only was I sitting in with a lot of the local musicians, but I was recording with them, too, because I was allowed to make records.” There were dates with Ted Heath and Albert Harris, among others, he recalled.

“One disc, which as far as I know was the first disc in three-four time, which I must add was Leonard Feather’s idea, was ‘Waltzin’ the Blues,’” he said. “It perhaps wasn’t as revolutionary as it might have felt at the time, with people now doing seven-four and eleven-eight, but at the time, it was kind of refreshing for a change.”

In 1938, he was back in the states and back in Harlem, where he led the house band at the Savoy Ballroom. It was his band at the Savoy when the Lindy-hopping Malcolm Little, later to become Malcolm X, was on the floor, demonstrating his prowess with dance partners.

Carter left the Savoy in 1942 for the West Coast, where he would live for the rest of his life. Hollywood presented him not only recording sessions in the studios but also a chance to write arrangements for films and television. One of his most memorable early assignments was for the film “Stormy Weather” in 1943, starring Lena Horne. He played in the orchestra as well but received no credit for any of his participation. In this capacity, Carter opened the door for other jazz musicians to score films and to work in television. He played a critical role in promoting the Musicians Union in the city, along with occasional concert dates with major performers.