Use your power! Use your vote! 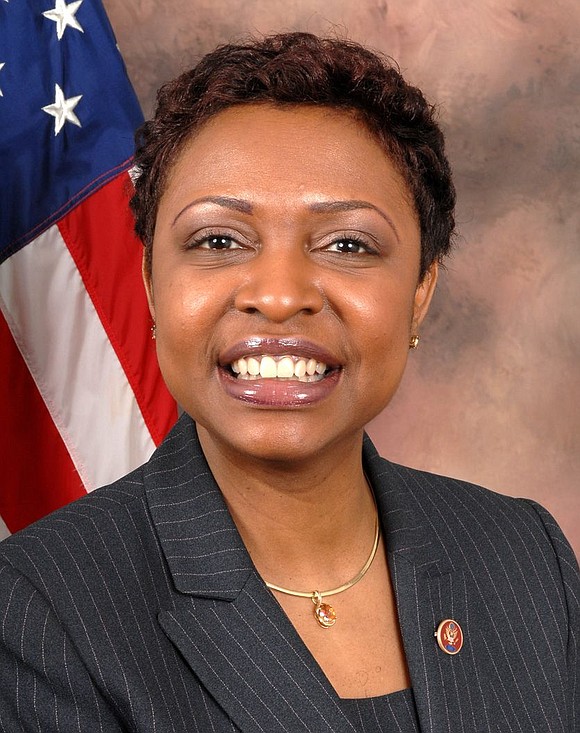 As Americans, we pride ourselves on our democratic system of government and our Constitution. Yet, for a whole host of reasons, we as Americans have not fully maximized our participation in our democracy.

Our voter participation rate has rarely exceeded 60 percent of eligible voters since 1968. Compared with voter turnout in our most recent presidential elections, there are 26 developed nations, including Belgium, Turkey and South Korea that have far greater voter turnout rates than the United States, which has not exceeded 54 percent in recent years. Rates in the 2014 midterm elections were even worse, falling to just 36 percent of eligible voters. This rate was the lowest of my lifetime; in fact, it was the lowest rate in 72 years.

These figures are particularly troubling when we remember the many Americans who have suffered, sacrificed and been martyred to give us all that right. In the century after the 15th Amendment granted African-Americans the right to vote, for our communities in the aggregate, this right existed primarily in theory and rarely in practice. African-Americans who tried to register to vote were threatened with the loss of their jobs and with violent reprisals. My distinguished colleague, the Honorable Congressman John Lewis of Georgia, still bears the scars from when he was attacked by police in 1964 on the Edmund Pettus Bridge in Selma, Ala., where protestors were marching in support of obtaining voting rights.

When Susan B. Anthony voted in 1872, she was arrested for the crime of “illegal voting.” She was tried and convicted. It would take 16 years after her death in 1904 for women to finally obtain their franchise and exercise their right to vote.

Worst of all, failing to vote has also had very serious consequences. In the past few years, Congress has unfortunately failed to act on a number of important initiatives and issues, oftentimes because of a fear of ballot retribution from conservative voters in primary contests and midterm elections. As a result, Congress has been frozen in a legislative paralysis and has still not passed common-sense gun safety laws, has failed to pass comprehensive immigration reform and has failed to act on climate change, and the Senate continues to refuse to hold a confirmation hearing on Judge Merrick Garland’s nomination to the Supreme Court.

If we had sustained and exceeded our voter turnout in 2008, in 2010 we would not have created an opening for obstructionist legislators to be elected to office at the state and federal levels, which then set the wheels in motion for voter suppression laws to become rampant in states across the nation and federal voting rights to be gutted by a conservative-leaning Supreme Court. Unfortunately, the Supreme Court’s disastrous 2013 decision in Shelby County invalidated a crucial part of the Voting Rights Act and made it easier for states to pass discriminatory voting laws. Such laws include burdensome voter ID requirements, extreme limitations on access to polling sites, rollbacks of early voting periods that have been found to explicitly target minority communities and the continuing racial oppression through former felon disenfranchisement laws and prison gerrymandering.

Sadly, states are likely to continue passing discriminatory laws until Congress reauthorizes the Voting Rights Advancement Act, which I am proud to have cosponsored. This law would restore and expand the coverage formula of the VRA, allowing the Department of Justice to block discriminatory voting laws before implementation. Unfortunately, these efforts will only become a reality if and when more American citizens raise their voices and express their will by casting their ballots on Election Day.

I am calling on every eligible American citizen to realize and use their power through access to the ballot and exercise their right to vote. The struggle for full equality and liberation continues in this generation. Unfortunately, we find ourselves re-litigating issues that many people believed were resolved some 50 years ago. As we raise awareness through our social media and our communications media, I urge all of us to work toward the manifestation and fulfillment of our voting rights and maximizing citizenship, by fully participating in our democracy and exercising our right to vote on Election Day, Tuesday, Nov. 8.