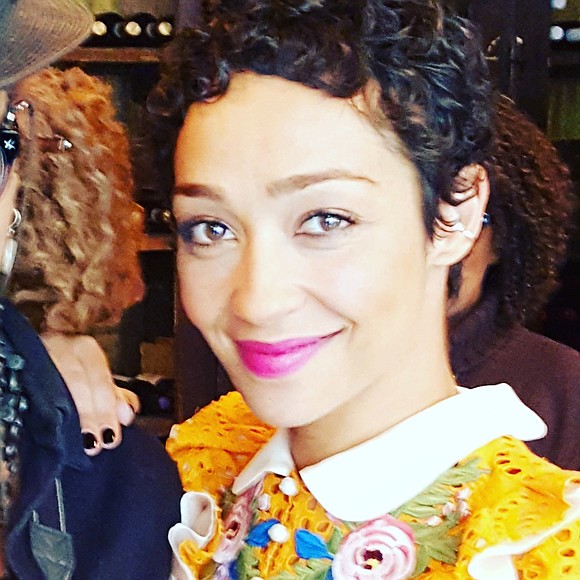 Ruth Negga’s eyes stop you cold. They are large, deep and expressive, combining her delicately etched beauty and connecting it to a voice that’s melodic and measured.

Imagine watching the falling leaves of a New York lazy autumn afternoon, in slow motion, with the music of Nina Simone wafting on the breeze. To pull a phrase, “Ruth’s an old soul.”

“Loving” in which she stars alongside Joel Edgerton is the true-life story about a courageous and committed interracial couple—Richard and Mildred Loving—who fell in love and were married in 1958, and then arrested because interracial marriage was, at that time, illegal in some parts of the country.

It was their civil rights case, Loving v. Virginia, that went all the way to the Supreme Court, which in 1967 reaffirmed the very foundation of the right to marry.

Richard and Mildred returned home and their love story has become an inspiration to couples ever since.

“Loving” opened last week to impressive numbers and the buzz swirling around the film and Negga’s performance has begun.

It’s always a great sign when the world begins to ask, “Who is this amazing fountain of grace and strength?”

On the surface it might appear that Negga is an overnight sensation, but in truth the gifted thespian has been perfecting her craft for a decade.

Born in Addis Ababa, Ethiopia, the Ethiopian-Irish actress (her late father was a doctor; her mother was a nurse) caught her first big break in the film “Breakfast on Pluto” (2005). Her other credits include AMC’s new comic-book series “Preacher.” AmNews caught up with Negga recently, and here is what she had to share about her craft.

AmNews: Why has it taken Hollywood so long to really discover you?

Negga: Curious. Well I have not been aggressive in my pursuit of being a “star.” I’ve never had a plan.

AmNews: Your parents are in medicine. How did you become an actress?

Negga: Movie night. As a kid I would have Friday movie nights. I watched everything. There’s no particular genre that was appealing. I just loved the idea that you could dress up and play.

AmNews: What do you love about being a storyteller?

Negga: Great question! I love being a storyteller because I love to connect to other people, and I just love being told stories, as a kid and [as a kid] I loved peering into other worlds. It’s also a way that we understand one another. Yes, we have differences [but] I think differences are great. I think they make our lives more festinating [and] I am grateful for all the storytellers that I’ve experienced and I want to be part of that tribe.