World confab on raising temps calls for focus on Africa 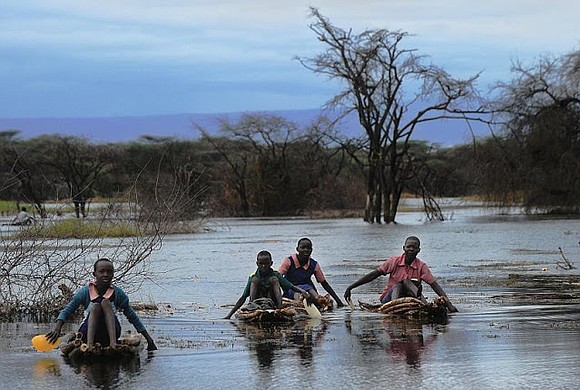 Marrakesh, home to mosques, palaces and gardens, will be going green for COP22, the international follow-up to last year’s historic Paris Agreement on Climate Change.

World leaders will be gathering there for the next 11 days to advance the landmark agreement, in which an unprecedented number of countries agreed to limit the increase in average global temperature to less than 2° Celsius.

But it remains to be seen if the world will successfully limit warming to prevent the point of no return.

As the host country for the COP22 talks, Morocco is determined to make this meeting the “African COP.”

Morocco, where 40 percent of the population still works the land, already feels the impacts of climate change on its agricultural production. Last year, Morocco went without rain for more than two months. Overall it received 42.7 percent less rain during its main planting season than in an average year.

Mohammed Ibrahimi, a farmer with one hectare of apple trees in Boumia, recalled that last December there were temperatures of 77 degrees. “Normally it is 33.8 degrees or 35.6 degrees at that time of year,” he said. As a result, he harvested just 20 tons “when I’d expected 40 tons.”

The impact of climate change is being felt around the world, but the irony is that although Africa is the least polluter it suffers one of the worst impacts.

Seven of the 10 countries most at risk from climate change are in Africa (Sierra Leone, South Sudan, Nigeria, Chad, Ethiopia, Central African Republic and Eritrea).

“COP21 was a failure because the things mentioned were things they could do, and not what they should or must do,” remarked Nnimmo Bassey, director of the Health of Mother Earth Foundation, an environmental think tank and advocacy organization.

Meanwhile, some 245 participants, from 37 different countries (among which were 23 African countries) joined an “African and international conference” on the “issues and challenges of COP22” in Casablanca, Morocco, Sept. 23 to 24.

The final document read, “Record-breaking temperatures month after month, a succession of cyclones, hurricanes, floods, forest fires and debilitating droughts remind us that climate change is a reality which already affects hundreds of millions of us.

“Africa, host of the COP22, suffers most directly and dramatically the consequences of runaway climate change: resource and environmental degradation, food insecurity, water stresses, increasing poverty, health risks and massive population displacement. Africans are not responsible for climate change, so our commitment is in the name of justice: of climate, but also of social justice.”

(GIN)—The appointment of international law professor Vitit Muntarbhorn could be stalled or dead in the water after a majority of African countries voted to reject the U.N.’s pick for a monitor of LGBT rights on the continent.

The African countries drafted a resolution calling for the new U.N. investigator to be suspended from his job.

The 54-member Africa group said concentrating on gay rights would detract from other issues, including racism, DW reported.