Gwen Ifill, a journalist of warmth and authority, passes at 61 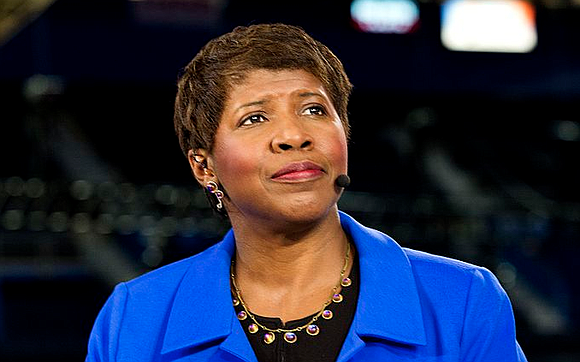 Gwen Ifill, a pioneering Black journalist with an unshakable reserve of integrity and grit, died Monday, Nov. 14, at a hospice center in Washington, D.C. She was 61.

According to her brother, Roberto Ifill, the cause of death was endometrial cancer. She was noted for her fight against this form of cancer that attacks the lining of the uterus, a cancer prevalent among Black women.

Whether on the medical battleground or in the newsrooms of America, Ifill was indomitable, unwilling to go quietly against the forces that would deny her will to live or to express her clear thinking about public affairs.

“She didn’t mind telling anyone when she thought they were wrong, on camera,” said Judy Woodruff, Ifill’s co-anchor on PBS’s “NewsHour.” “She kept it respectful. She was one of the most graceful interrupters I have ever seen.”

Woodruff added that Ifill possessed that rare combination of authority and warmth. “She came through the screen as a friend of people who watched her, but she also displayed the authority for people to believe you, to have credibility,” said Woodruff.

Forging these traits began in Queens, where Gwendolyn Ifill was born Sept. 29, 1955. She was fifth of six siblings of a father, O. Urcille Ifill, a native of Panama and an AME pastor, and a mother, Eleanor Husbands, a homemaker from Barbados. Ifill attended high school in Springfield, Mass. and graduated from Simmons College in Boston in 1977 with a bachelor’s degree in communications studies.

Ifill cut her eyeteeth as a reporter with the Boston Herald American, particularly at a time when Boston was caught in the throes of a divisive forced-busing turmoil. Right away her feisty resolve was apparent to her colleagues as they grappled with a Black woman who would not suffer fools kindly.

In 1981, she was hired by the Baltimore Evening Sun and three years later, after acquiring experience covering city hall, she joined The Washington Post. Her first assignment was covering suburban politics as the bureau chief in Prince George’s County.

When the Rev. Jesse Jackson mounted his presidential campaign a second time in 1988, Ifill followed him from stump to stump, giving him the coverage that few other journalists in the mainstream media provided. The New York Times hired her as a congressional correspondent in 1992 and she was again on the campaign trail, this time with Bill Clinton. With Clinton’s victory, she was the paper’s White House correspondent. In this capacity, she was in the catbird seat as the president endured impeachment hearings stemming from his affair with Monica Lewinsky.

During this period, Ifill was also a regular guest on WETA, Washington’s public broadcasting station. When the show’s moderator was released, Ifill was offered the job and her transition from print to television was seamless.

For all her bravado and consummate professionalism on the beat and in the studios, it wasn’t until she arrived behind the desks at PBS that she became a household name and broadcaster. And that presence was given added cachet when she and Woodruff took over as co-anchors of the “NewsHour,” the first major media outlet with women as co-anchors.