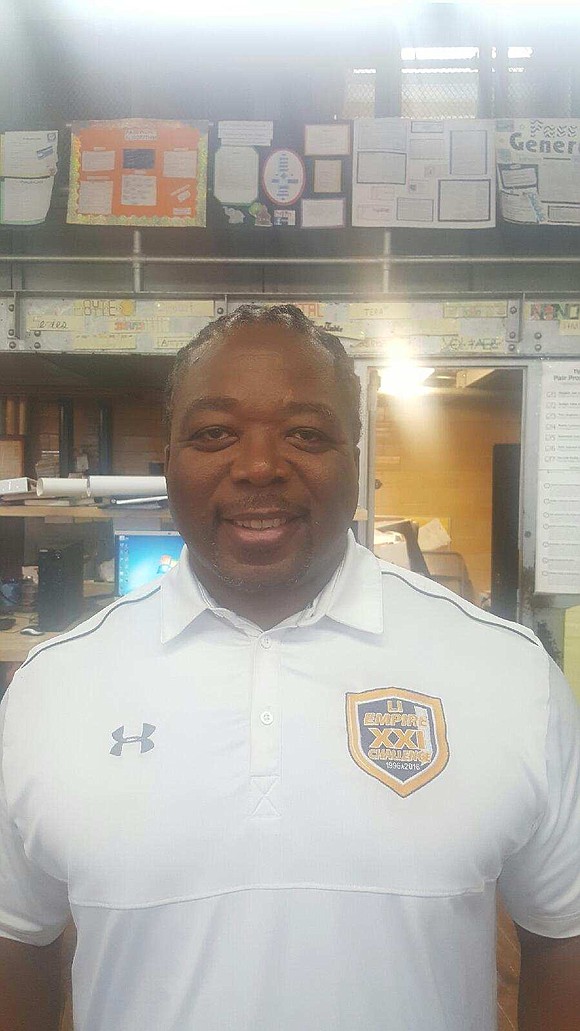 As another year of testing for the city’s elite specialized high schools passes by, one program continues its push to solve the entrance exams’ largest issue: diversity. Forty-four percent of the students who took the Specialized High School Admission Test in 2015 were Black or Hispanic and of the students who received offers to attend a specialized high school, only 10 percent were Black or Hispanic. Black and Hispanic students make up 70 percent of New York City’s public school student body.

Sam Adewumi, a teacher and alumnus of Brooklyn Tech, started Creative Achievement Success Prep—an organization based in Bedford-Stuyvesant that focuses on preparing students for the SHSAT—in 2012 to deal with this issue. “These are schools that are proven pathways to higher education and successful careers,” he said. “And I lived that story with my friends. It gives you a different level of education.”

CAS offers SHSAT prep, Common Core Test Prep and as well as ELA and math enrichment. The program is now accepting applications from students who wish to prepare for next year’s SHSAT. Although CAS does take eighth-graders, the program focuses on providing students with long-term exposure to advance material similar to that of the SHSAT.

Adewumi recalled a time when he was teaching middle school and one of his top students declined to go to prep until the week before the test. “So I gave her the material and she sits down and just said ‘What the heck is this?’” Adewumi said. “Now this was one of the top eighth-graders at the school and looking at that test for the first time blew her away and so I can imagine how thousands of other students across the city could have that same experience. The first time they look at the test is either the week before the test or the week of the actual test and they get overwhelmed.”

While Adewumi insists that every student is different and that there isn’t a set time to begin prep, he recommends that students prep for at least a year for the SHSAT. Last year, Adewumi, with the help of Blandon Casenave, a Brooklyn Tech alumnus, raised $10,000 via GoFundMe to provide full-scholarships for up to 20 students to its program. Adewumi plans to relaunch the campaign this year.

“In recent years, we’ve seen a frightening decline in the number of Black and Latino children that take and pass the exam for NYC’s specialized high schools,” Casenave wrote on the GoFundMe page’s description.

Diversity in the city’s specialized high schools has been a source of controversy for quite some time now. In 2014, Mayor Bill de Blasio unsuccessfully pushed state legislators to pass a bill that would allow three of the specialized high schools to consider multiple criteria rather than just the exam, arguing that it would increase diversity. City Council members remain divided on the issue. The city’s Department of Education announced an initiative to increase diversity at the specialized high schools in June. The initiatives focus on encouraging more underrepresented students to register for the SHSAT, provide more free tutoring for low-income students and expanding the Discovery Program, which recruits students who scored near a qualifying score on the SHSAT. CAS Prep bills itself as a community-based solution to help combat the low numbers.

“In the Asian-American community it’s clear that there’s a distinct value in test prep and they invest heavily in it,” said Adewumi. “Contrast that with African-Americans. We don’t have that identity, but there’s value in having that. If we don’t expose our children to challenging material, no matter what their capacity is, they won’t be successful.” he added.

CAS Prep has bounced around several locations but has always remained in Bed-Stuy. Adewumi noted, “We have programs all over the city, but how many do we have in Bedford-Stuyvesant? Though Casprep had been in several locations in Bed-Stuy, its growth and success in recent years has been largely due to it finding a home for its educational programs in the historic Cornerstone Baptist Church The fall program takes place Saturdays from Nov. 5 to Dec. 17. For more information, email castestprep@aol.com, call 646-982-8166 or visit CASPrep.org.