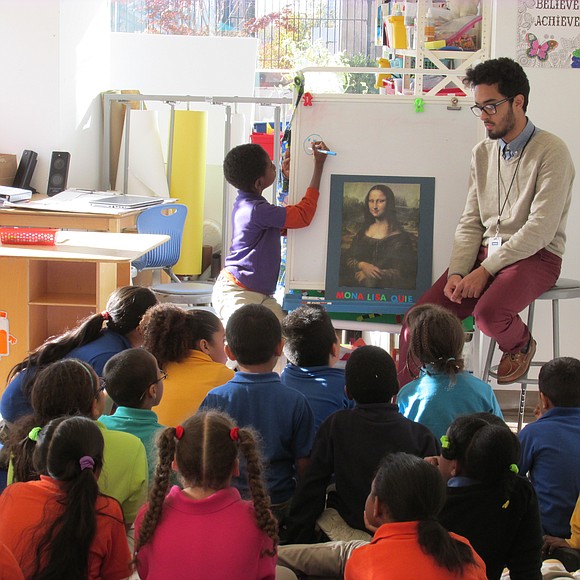 According to the U.S. Department of Education, children in foster care are at high-risk of dropping out of school and are unlikely to attend or graduate from college. Many deal with issues including, lower scores on standardized tests and higher absenteeism, tardiness, truancy, and dropout rates.

Mott Haven Academy Charter School in the South Bronx is not only helping solve the issue but also proving to be a model for the nation when it comes to educating children in the system. Founded in 2008 by the New York Foundling, the school is the only one of its kind in the nation specifically catering to the needs of a population of students sometimes left behind.

“Haven Academy began because the New York Foundling recognized that kids in the child welfare system get underserved in traditional school settings,” said Jessica Nauiokas, principal and founder of the school. “They get moved from home to home and in each one of those moves they end up needing to go to a new school and before you know it they are behind in their academics and overidentified for special education needs.”

Serving grades Pre-K through 6th, Haven Academy plans to launch a middle school next year. The over 300 pupil makeup consist of one-third in foster care, one-third receiving prevention services and the other third from the general South Bronx community.

“For kids, your friend is your friend. It doesn’t really matter to you what their circumstance or their family structure is. If it's a person you enjoy spending time with, that’s your friend. Helping all children understand that we each have our own unique qualities, backgrounds and experiences helps to build empathy,” said Nauiokas.

The school opened at a temporary location in PS 43 on Brown Place when it started in 2008 and moved to its current building across the street in 2010. An architectural gem in the South Bronx, the LEED certified building is recognized by its colorful mural. The building also houses the New York Foundling’s Bronx community services, which offers social services to the community.

While academics are at the forefront at the school, arts also takes center stage. Student have access to music, dance and visual art classes. The school features a dance studio, music lab, recording studio, half-court gym and art room. Art therapy, speech support and literature in the school library representing experience faced by children in the school are paramount at the school.

“It’s really important to us that kids that have been victims of trauma, abuse and neglect have a learning environment that’s very consistent, calm and helps them feel safe,” Nauiokas said. “We focus on reading, mathematics, writing, mathematics and social studies. We do it in a way that allows them to explore their interests and their talents.”