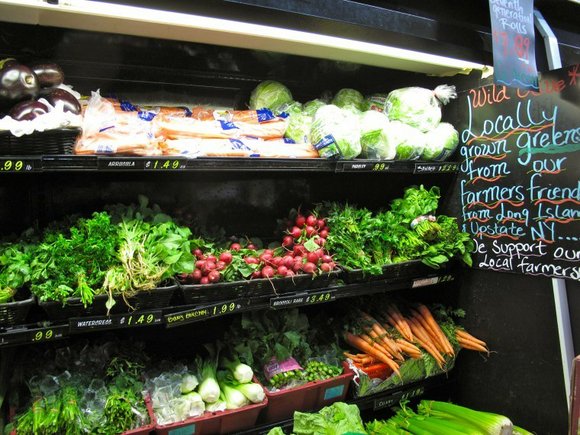 If you shop for healthy food, you will not only save a lot of money but will also get a wealth of health. Obesity is not only plaguing our generation but also generations to come. I am sure that you have noticed this as you observe the overweight children and adults walking down the street and entering fast-food places. I recall a song that I wrote in my musical, “Oh! Oh! Obesity.”

See what you’re doing to me

But getting fat is fun!

We eat what’s on land and sea

To be or not to be

You think that we are fat

You think we ate all that

But we know where it’s at

Wherever we sit, you know we sat

Something has definitely happened in our society. Have you noticed that supermarkets and hospitals sell a great many things in the food line that cause poor health and obesity? Can you imagine, under the same roof, supermarkets sell foods and goodies that feed us and destroy us? I know some hospitals that have on their first floor or in the basement a fast-food restaurant that sells stuff that is full of fat, sugar and salt. These same hospitals are filled with patients who have hypertension, diabetes and cardiovascular diseases, all of which are definitely related to fast foods. When you think about it, the only thing hospitals have done positively for health is to discontinue the sale of cigarettes, and that took a long time.

The other day, I was in a supermarket to pick up a prescription for a patient. A couple behind me had their cart filled with meat, canned goods, sweet beverages and desserts. Unfortunately, both of the shoppers were obese. They were laughing and having a good time with visions of sugarplums dancing in their heads. The laughing soon ceased when the pharmacist gave them a bill for $125 for two drugs. One drug was for hypertension and the other for diabetes. The customer told the pharmacist, “There must be some mistake.”

“No, he replied. This is the cost of your medication.”

The lady opened her pocketbook and presented a charge card, but he told her that the card was not accepted in their pharmacy. Embarrassment showed on her face as she took out a well-folded $100 bill that she apparently been saving for a rainy day. I felt very sorry for her. Here she was, standing with a shopping cart full of disease-producing groceries that cost less than the two drugs she was holding in a neatly, folded white bag.

What is wrong with this picture? You guessed it! We are eating ourselves to death and into poverty. Get a hold of yourselves, folks! Take charge of your life and money. Eat to live, rather than living to eat. Stop eating all that junk food and you will save your health as well as your money for that rainy day, which could be just around the corner.

The beverage industry is killing us with new flavors and high calorie fructose drinks. What’s wrong with water? The average adult drinks approximately 500 cans of soda each year. That’s enough money to buy a $1 million insurance policy that could benefit the next generation. In fact, by avoiding these fatty foods and drinks, you may never have to use health insurance because your body will be “some body”!

In the musical, “Oh! Oh! Obesity,” during the gym scene where folks are exercising, Jim the gymnast encourages them with these lyrics:

If you like hominy grits and love banana splits

If you like salty butter and hot rolls from your mother

If you like cream pies and golden French fries

Jammin’ makes you feel so good