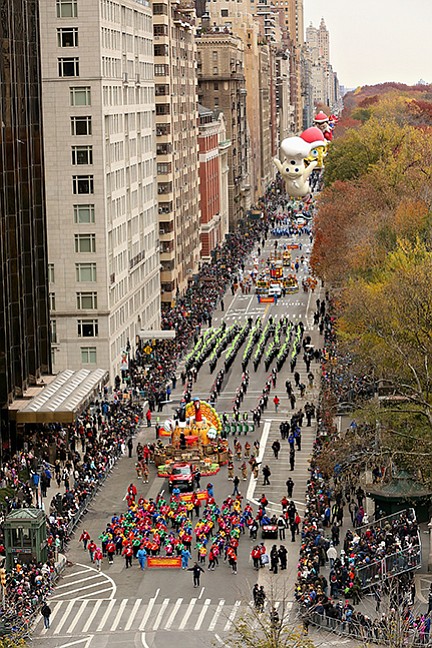 The Macy's Thanksgiving Day Parade in Midtown got a touch of Uptown as dancers from the Harlem-based National Dance Institute (NDI) made their way along the parade route.

NDI was one of the few hand-picked performing groups appearing in the parade that's celebrated its 90th anniversary this Thanksgiving. The group performed a dance routine featuring jazz and hip hop.

This isn't the NDI's first trip to the Macy's Thanksgiving Day Parade. The organization was also featured during the 2007 event.

Founded in 1976 by legendary New York City Ballet principal dancer Jacques d’Amboise, NDI reaches more than 6,000 public school children per week throughout the city and reaches thousands more through 12 NDI-associate programs across the country. The organization has been at its Harlem headquarters on 147th Street since 2011.