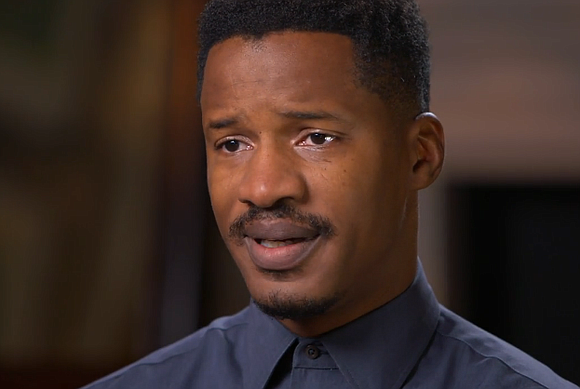 NEW YORK (CNNMoney) -- Director Nate Parker wants people's focus back on his film "Birth Of A Nation" and not on his 1999 sexual assault case.

"I think that Nat Turner, as a hero, what he did in history, is bigger than me," Parker told Anderson Cooper during an emotional interview on "60 Minutes" Sunday night. "I think it's bigger than all of us."

This was Parker's first televised interview in which he addressed the alleged assault that has overshadowed the upcoming release of his Fox Searchlight film. Parker and his Penn State roommate, Jean Celestin, were charged with raping a fellow student. Parker was acquitted and his roommate was convicted but the verdict was eventually overturned.

"I don't feel guilty," Parker said when Cooper asked if he felt he did something "morally" wrong. "As a Christian man, just being in that situation, yeah sure. I am 36 years old right now. My faith is very important to me so looking back through that lens I definitely feel it's not the lens I had when I was 19 years old."

"I do think [her death] is tragic ... I was falsely accused. I went to court. I sat in trial. I was vindicated," Parker said as he wept. "I feel terrible that this woman isn't here. I feel terrible that her family had to deal with that, but as I sit here, an apology is no."

"Birth Of A Nation" tells the story of Nat Turner's slave rebellion in 1831. Parker plays Turner. He also wrote and directed the film. When Cooper told Turner that some people are claiming they plan to boycott his film due to his past, Parker responded: "I do feel that's unfortunate."

It's unclear whether Parker's past will negatively affect ticket sales when the film hits theaters Oct. 7.