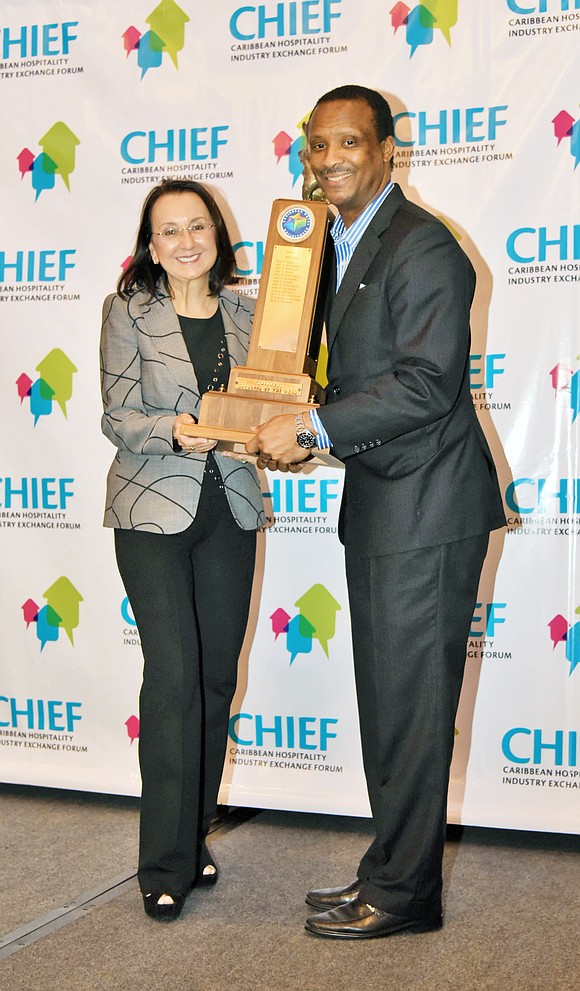 Accepting the region’s premier hospitality award, Bowe credited his grandmother with teaching him service and attention to detail from “cleaning up the kitchen.”

Bowe’s contribution to the hospitality and tourism industry spans more than 27 years, having “cut his teeth” in customer service and management working at McDonald’s in his teenage years and entering the industry as a management trainee.

He subsequently worked his way up the ladder, storing and absorbing every experience to hone his leadership skills. Over the years he has worked in every department and in nearly all job categories, from dishwasher to busboy, from bartender to laundry attendant, from housekeeping to maintenance, from front desk to landscaping.

“Stuart Bowe personifies Caribbean excellence. He is disciplined and innovative and a leader who inspires generations of Bahamians and Caribbean people through his accomplishments and his humanity,” said Frank Comito, director general and CEO of the CHTA and previously executive vice president of the Bahamas Hotel & Tourism Association.

Bowe was posted to Dubai from 2008 to 2010 to oversee the grand opening of the Atlantis, Palm Jumeirah, serving as vice president of Resort Operations in the Middle East.

Returning to the Bahamas, he became active in the Bahamas Hotel & Tourism Association, establishing numerous school programs to help children understand the importance of tourism and career opportunities in the sector. The junior hotelier program he was instrumental in setting up in primary and secondary schools has influenced more than 4,000 students.