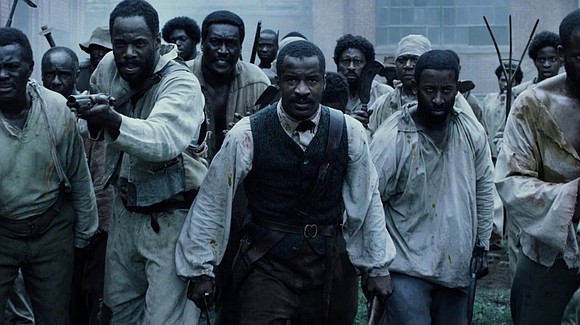 Veteran cinematographer Elliot Davis should be nominated and win several awards this season for his stunning visuals in Nate Parker’s “The Birth of a Nation.”

“The Birth of a Nation” is based on historical events, set against the antebellum South. It’s about the life of Nat Turner (Nate Parker), a literate slave and preacher whose financially strained owner Samuel Turner (Armie Hammer) accepts an offer to use Turner’s preaching to subdue unruly slaves. As he witnesses many atrocities—against himself, his wife Cherry (Aja Naomi King) and fellow slaves—Turner orchestrates an uprising in the hopes of leading his people to freedom.

That uprising and the cry for freedom was bloody on both sides, and the ever present Christian Bible is held close by those beating hearts.

In many ways “The Birth of a Nation,” which opens wide Oct. 7, is a Christian film that is pulsating with the faithful values that have marked the history of the religion. The Christian faith was spread using violence and intimation, and sure, the word “love” was tossed about, but after the butchery of those who opposed this new road to salvation.

“An eye for an eye,” which comes from Matthew 5:38, has been used to incite revenge, which is usually painted with more violence. Political candidate and poor money manager Donald Trump, who filed for bankruptcy four times, recently used an “eye for an eye” in an April 14, 2016, interview.

The full verse in the King James version states, “You have heard that it has been said, an eye for an eye, and a tooth for a tooth: But I say unto you, that you resist not evil: but whosoever shall smite you on your right cheek, turn to him the other also. And if any man will sue you at the law, and take away your coat, let him have your cloak also. And whosoever shall compel you to go a mile, go with him two. Give to him that asks you, and from him that would borrow of you turn not away.”

Nate Parker, the film’s director, writer, producer and star, in press materials, suggested that the audience should leave theaters asking, “When injustice knocks at our own front door, are we going to counter it with everything we have?”

Notice the imagery from Fox Searchlight that is peppered throughout the city. Nat Turner/Nate Parker’s head is in a noose, made from an American flag, which rings with truth but has a double whammy in the imagery. From the P.O.V. of a white supremacist that image is fetching.

“The Birth of a Nation” will open in approximately 2,000 theaters, just when a world is watching the killing of unarmed Black people by police and every time an execution is viewed, the powers are saying, “We do what we want and you can’t do anything about it.”

In the press notes Parker said, “If Nat Turner wasn’t a preacher, I don’t think I would have been interested in this story. If he was about anger for anger’s sake, I wouldn’t be interested. There’s nothing about me that wants to celebrate that. That he did what he did as a last resort meant something to me. That he was so obedient to his faith right to the end meant something to me. The true history suggests he was a measured man, a man who toiled over what he felt he had to do and how to do it. His actions speak more to slavery and what it does to men than it does to some half-baked notions of fanaticism. Nat Turner resisted, but he resisted in the name of God and clear injustice.”

Parker added, “But he resisted in the name of God and clear injustice,” which illustrates, again, that “The Birth of a Nation” is a very Christian film.