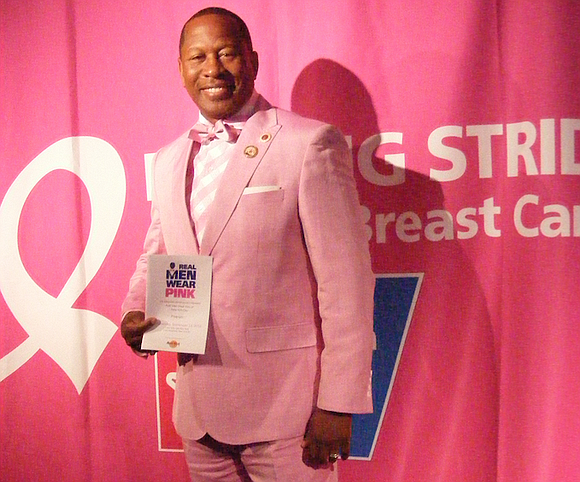 Image by marijana1 from Pixabay

Real Men Wear Pink Ambassadors and supporters from the Bronx

The American Cancer Society recently launched its Real Men Wear Pink of New York City program, which features Real Men Wear Pink candidates from all five boroughs who have committed to showing their support and raising money in the fight against breast cancer. New York City Council Member Andy King, 12th CD/Northeast Bronx, was among the ambassadors who spoke and revealed a personal moving story about his family members who were diagnosed with breast cancer. He also emphasized the fact that breast cancer doesn’t just affect women.

Bronx resident and ambassador Michael Singer of the Male Breast Cancer Coalition also spoke about being diagnosed with breast cancer two months after losing his sister to the disease. He discussed treatments and living as a survivor of breast cancer.

Some 45 men from all five boroughs are participating as ambassadors in the Real Men Wear Pink program.

The American Cancer Society is preparing for its Making Strides Against Breast Cancer Walk Oct. 16, at various locations throughout the city. In the Bronx, the event will take place at Orchard Beach, in Brooklyn at Prospect Park, in Manhattan at Central Park, in Queens at Flushing Meadows Corona Park and in Staten Island at Midland Beach.

Go to cancer.org for more information.