Celebration: Milestones in Black achievement inspiring us all 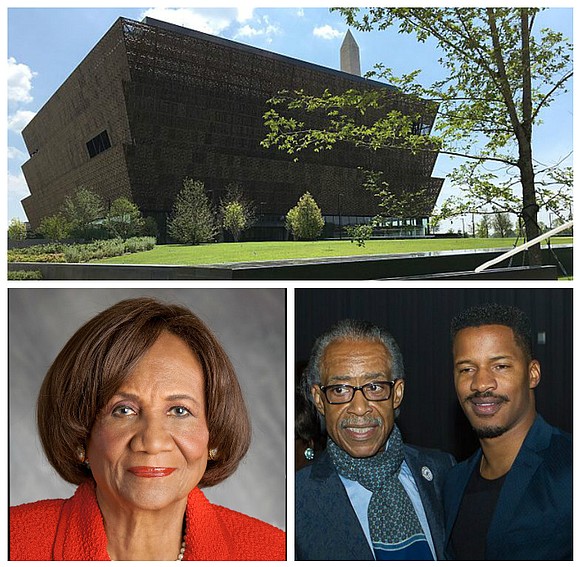 Even in the darkest periods of African-American history and culture, we have found glorious moments to celebrate. Today, with seemingly daily reports of atrocities, particularly with unarmed Black men the victims of police shootings, there are still bright, silver linings in the gray clouds of despair.

Over the last several days we have witnessed some of these instances of “joy coming in the morning,” as the Rev. Al Sharpton often delivers at the end of one of his sermons, and how wonderful it was to see a capacity crowd at the Magic Johnson Theater Monday evening to celebrate the reverend’s birthday and view a screening of Nate Parker’s film, “The Birth of a Nation.” While Sharpton insisted the focus of the evening was on the film, many of those attending were there to pay tribute to a man who over the years has been unstinting in his ministry to the pain and suffering in our community.

There was an equally large turnout for the 120th anniversary of the Greater Harlem Chamber of Commerce Tuesday evening at the Harlem Hospital’s Mural Pavilion. In fact, the GHCC in its seminal stage came into existence Oct. 3, Sharpton’s birthdate, but in 1896. It was a fabulous affair at the Pavilion with colorful paintings on display, engaging remnants of the Harlem/Havana Music & Cultural Festival. During his address to the audience, Lloyd Williams, the president and CEO of the GHCC, cited some of the Chamber’s memorable milestones but stressed the importance of looking forward with an expressed interest in bridging the digital divide.

Among the celebrants at the GHCC’s gala was the venerable Hazel Dukes, still energetic after devoting so much time and commitment to the 80th anniversary of the NAACP’s New York State Conference this week at the Sheraton Square Hotel. On Saturday, the Rev. Leah Daughtry will be the keynote speaker at the pavilion luncheon, and she will certainly recount the organization’s historic mission and achievements as well as shed light on the current presidential race.

As we celebrate here at home, the world was made aware of the National Museum of African-American History and Culture in the nation’s capital that finally opened after many years of planning and fundraising. In effect, the celebration of the museum’s fruition was a culminating event for millions of Americans, and it clearly had resonance for global Black communities.

Whether locally, nationally or internationally—and we extend a special greeting to Winnie Mandela as she celebrates her 80th birthday—we can find those bright moments to illuminate our most gloomy and troubling days. Still, celebration doesn’t mean we are complacent.

After the celebrations, after all the cheer and jubilation, we recognize, perhaps more than ever, the necessity to resume the fight for justice and equality. Achieving victories on the civil and human rights fronts will be the time for our ultimate celebrations.