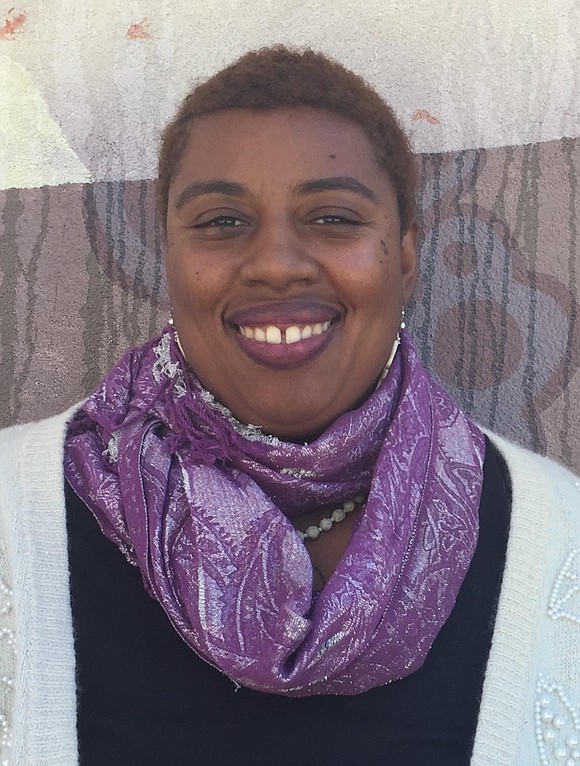 Harlem, being the colorful melting pot of New York City culture and an amalgamation of rich ethnicity, finds itself inundated with equally interesting people that inhabit it. Nicole Goodwin, poet, war veteran, mother and author of “Warcries,” is one such individual.

Goodwin, a native New Yorker, settled in Harlem after military service, during which she gave birth to her daughter, and then served in Iraq. “Ever since then, I’ve been trying to readjust back to civilian life after the deployment and the war and having a child,” Goodwin told the Amsterdam News.

In her published poetry collection, “Warcries,” Goodwin talks about the war and life after her return. “I wrote it and I had to gut myself to heal, and I’m still healing from those wounds to this day,” she said. “The war taught me that the worst thing in the world is not dying. Losing my integrity for things that I believe in firmly is worse than dying.”

After her discharge from the U.S. Army, Goodwin found herself homeless in the city.

“I’m very much something people catch in the corner of their eyes because my story is so vast for someone so young and I’ve lived so many different lives,” Goodwin said.

Goodwin is currently working with Rise magazine, a magazine written by parents who are affected by the child welfare system. “We tell the stories of parents that are trying to rebuild their families outside the system,” Goodwin said.

The community uplift work Goodwin is involved in continues with a blogging program in conjunction with Voices of Women Organizing Project, a battered women’s resource center. “I started this blogging project with the women there to get them to tell their stories in a new vehicle,” Goodwin said.

She added, “As a documentarian I want to give people the power to tell their own stories. Especially people of color, who are impoverished, people between classism and racism. These are stories that are fundamentally never told properly from other people’s lenses.” said.

Goodwin offered advice to young individuals who find themselves in similar situations. “Don’t give up, don’t give out and don’t give in,” she said. “Dreams are made to be dreams and then lived and find new dreams. Don’t be afraid to change identity.”