Will Jackson give Hornacek the license to shape the Knicks? 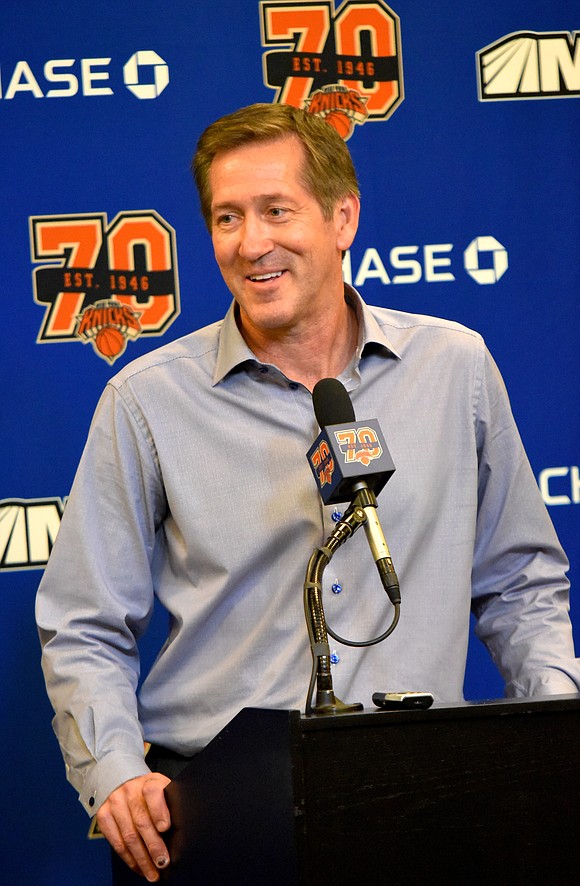 Last June, when Phil Jackson announced the hiring of Jeff Hornacek as the Knicks’ new head coach, he had this glowing assessment of the former Phoenix Suns’ head coach from the franchise’s president:

“Jeff has a tremendous basketball acumen and possesses strong leadership skills. During his career as both a player and coach, he has demonstrated the ability to elevate the game.”

Now Hornacek, who went 101-112 in two and a half seasons with the Suns before being ousted last February, is charged with elevating the Knicks, who have a collective record of 86-160 over the past three seasons. He has much better tools than Derek Fisher, who was also fired last February after he proved to be too green to make the direct and arduous leap from player to head coach without any prior coaching experiencing.

The stopgap coach, Kurt Rambis, who took over for Fisher and finished the season, was a capable yet unpopular choice among fans and a plurality of the media to gain permanent status as the top dog on the bench. So it is Hornacek who is next in line.

The 53-year-old former standout guard for the Utah Jazz, playing alongside Hall of Famers Karl Malone and John Stockton, is the fourth head coach under Jackson’s reign as president of basketball operations, a title the 71-year-old, 11-time NBA champion as coach of the Chicago Bull and Los Angeles Lakers assumed in March 2014.

Mike Woodson, Fisher and Rambis all had to answer the question as to who was calling the shots on the bench, whether Jackson was pulling the strings regarding coaching philosophies and schemes, particularly the triangle offense.

Jackson made it known that Fisher was canned in large part because of his reluctance to embrace the input of Jackson and his longtime loyal lieutenants, Rambis and Jim Cleamons, who were assistants under Fisher. Yet Hornacek has been adamant that, thus far, Jackson has not tried to impose his will on how he is shaping the team.

Nevertheless, it is only October, early in the preseason schedule. The dynamic could change with circumstances, although at the moment, Jackson seems content with giving Hornacek the license to develop a playoff contender.