As preseason ends, Brooklyn has a new beginning 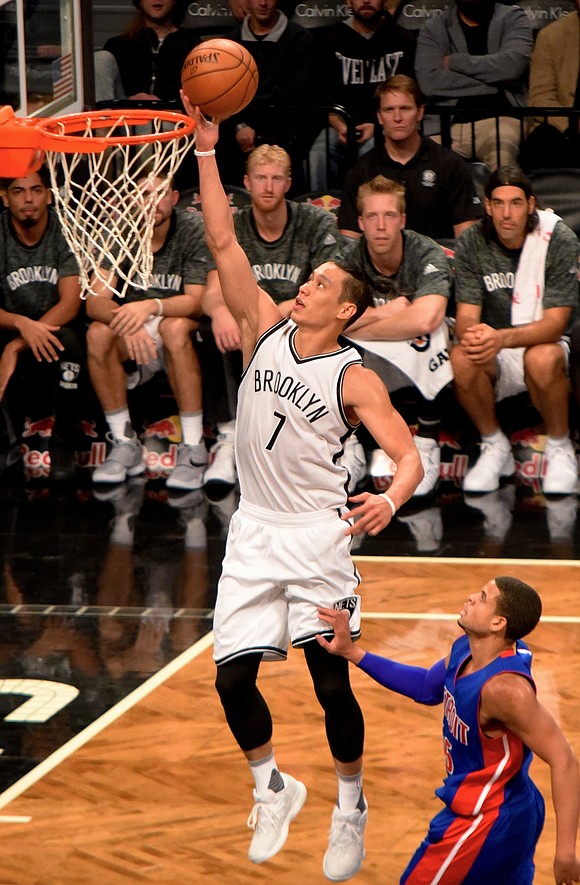 Tonight (Thursday) is the final game of the preseason for the Brooklyn Nets. A home game at Barclays Center against the New York Knicks is the final installment of their six games of exhibitions.

Brooklyn has lost the last four after defeating the Detroit Pistons Oct. 6 to begin preseason play. They’ve lost these games two ways. Three blowouts and one close one by three. The blowouts average 20 per game, 18-21 point deficits.

Brooklyn has an interesting season ahead of them. A new general manager, a new head coach, new coaches and new younger players on their 15-man roster.

There are 16 now. Four were cut this week as head coach Kenny Atkinson, a native New Yorker, prepares for the opening of their 2016-17 season next Wednesday, Oct. 26, on the road against the Boston Celtics, and their home opener on Flatbush and Atlantic avenues, Barclays, next Friday night, Oct. 28, against the Indiana Pacers.

Atkinson is working on player rotations as well as teaching. When making substitutions, he is taking players to the side explaining what’s right, what’s wrong. It’s interesting to watch him looking up at 7-foot tall Brook Lopez, engaging him and the other players in conversation, gaining their confidence for Atkinson’s inaugural season. That’s important because it will be somewhat of a struggle for Brooklyn this season.

“I know on paper, everyone doesn’t have great expectations for us, but you know, that’s fine. We all know that we’re NBA players. We know we’re capable of playing at this level, but then it comes down to what are we going to look like together,” said Brooklyn guard Jeremy Lin, acquired by the Nets’ new GM Sean Marks in the summer.

“I’ve never had any fear that our team can’t compete with these good teams. I just think we have a much, much smaller margin of error,” further stated Lin, who, along with Lopez, makes you believe that they truly believe in this team and the Nets’ organization. “I think right now, we’re just trying to see how good we can be.”

A camaraderie has developed as the chemistry forms. Important for a developing team. “He makes everyone on the floor better,” said Lopez, referring to Lin. “He makes me a better player, no question. He’s just such a great influential presence out on the floor for us.”