Golden State is still the power, but watch out for San Antonio 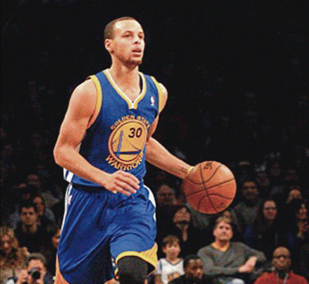 This past 2015-2016 NBA season was dominated by the Western Conference.

The only coveted award that the west didn’t win last season was the NBA championship, won by the Cleveland Cavaliers in seven games against Golden State, 93-89. It was the first for the Cavs’ franchise.

Until that game, the Warriors, the defending champions, were recognized as the best team in the NBA, winning a record-setting 73 regular season games during the season. Golden State shockingly lost the last game of their season, Game 7 of the championship series, and the first game of this season, a 29-point loss Tuesday night to the San Antonio Spurs, last season’s Number 2 playoff seed.

“It’s a nice little slap in the face,” said Curry, who scored 26 points but was just 3 for 10 from the three-point line.

The game initiated the official opening of this NBA season, which will be without Kobe Bryant (Los Angeles Lakers) and Tim Duncan (San Antonio Spurs) on their teams’ rosters, the first time in 20 years for Bryant and 19 for Duncan. Veteran center Pau Gasol, signed in July, replaces Duncan.

Golden State made headlines in the offseason by signing free agent Kevin Durant away from the Oklahoma Thunder. He was last season’s No. 3 playoff seed who fought the Warriors impressively, although they lost the series in seven games.

Did Oklahoma’s loss create some kind of a Stockholm Syndrome within Durant? That’s not conclusive, but it did expose a rift between Durant and his co-star, Russell Westbrook, and revealed Durant’s tiring of the Oklahoma City.

A more important question: How long will it take Durant and the Warriors to gel as a team and become the superpower that’s anticipated?

Filling out the top four seeds that dominated the Western Conference postseason are the Clippers, who are re-branding themselves as just the L.A. Clippers, no longer Los Angeles. The additional letters are silent. Will these four teams improve, stay the same or lower in the standings?

The Portland Trailblazers, Dallas Mavericks, Memphis Grizzlies and Houston Rockets were the fifth through eighth teams. Will their offseason management decisions move them up, maintain their positions or drop them in the standings? Will there be improvements in Utah, Sacramento, Denver, New Orleans, Minnesota, Phoenix or Los Angeles (Lakers)? Sir Isaac Newton’s theory applies here: For every action, there is an equal and opposite reaction.

Six of the Top 10, 2016 draft picks were chosen by west teams—three in the Top 5. Number 2, Brandon Ingram (Duke), went to the Los Angeles Lakers. Number 4, Dragon Bender from Croatia, went to the Phoenix Suns, and Kris Dunn from Providence, Number 5, went to the Minnesota Timberwolves. Can any of them be game changers, the Rookie of the Year?