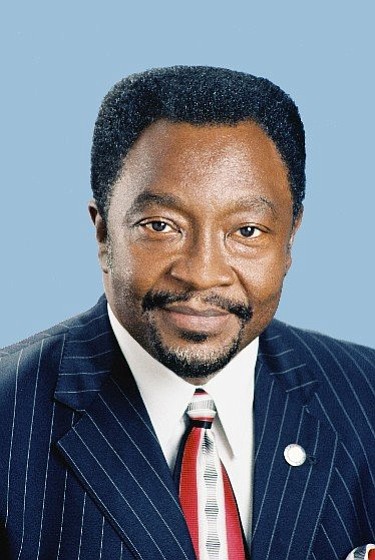 The Legislature unanimously passed a bill at the end of its session that would end New York State’s half-century of neglect of a fundamental responsibility. In 1965, the state delegated to counties and the city the state obligation to provide lawyers for individuals who cannot afford to hire lawyers when representation is constitutionally or statutorily mandated. Without meaningful state funding, the counties have struggled but failed to effectuate the right of counsel. The bipartisan bill that passed both houses of the Legislature requires the state to reimburse localities for the cost of public defense. I ask Governor Cuomo to sign that bill into law.

Precipitated by a lawsuit settlement, the legislation acknowledges the state’s obligation to provide public defense services and places New York State finally on a path toward justice. The bill allows a seven-year phase-in period, allowing the state time to plan for this necessary expenditure. It addresses in a practical way a long-standing problem that has constitutional, moral and policy dimensions.

Trust in our justice system, a necessary foundation of civic well-being, is visibly low today. “Mass incarceration” in its many forms is described, discussed and decried in policy meetings, media stories and protest speeches and chants. Videos of police killing unarmed Black people and others, along with suspicious deaths of people in custody, have spurred unrest. Publicized accounts of wrongful interference with the rights of middle-class parents to raise their children are the visible tip of an iceberg. Fueled by fear of tabloid headlines and lack of cultural competency, overzealous intrusions into poor families, especially families of color, threaten the well-being of the very children our family laws are meant to protect.

Well-resourced public defense lawyers can challenge and prevent the unwarranted and traumatic removal of children from parents whose ability to care for them is compromised by poverty, not fault. Attorneys can persuasively advocate for family preservation and against family destruction when they have the time to investigate each client’s situation, marshal resources and counsel clients about adhering to the system’s bureaucratic rules. Holistic representation in criminal cases leads to appropriate dispositions that address mistaken accusations and root causes of behavior

properly reported. This outcome serves clients and, ultimately, society well. Building respect for public defense as a field, by providing lawyers with no fewer resources than are brought to bear against their clients, can bring balance back to a system that for too long has been weighted heavily against people without financial means.

As chair of the Black, Puerto Rican, Hispanic and Asian Caucus, I often hear from constituents about injustice suffered in the Criminal Court or Family Court system. Data about disparities in treatment of Black and Brown people at every point in those systems are depressingly abundant. I hear, too, about disregard for the rights of people based on implicit biases—or outright prejudice—concerning not only race but also gender identity or expression, ethnicity and religion. A lawyer who earns the client’s trust and advocates for the client after listening to the client’s story rather than focusing only on information derived from the opposition cannot cure all the problems in the system, but does act as “first responder” seeking to block wrongful accusations and a host of other ills. It is time for New York State to ensure that every client is heard, in every county and every court.

To do that, the state must pay. It must pay for lawyers in local courts at first appearance when liberty is on the line and a rushed atmosphere can let implicit bias reign. It must also pay for enough lawyers to keep workloads manageable, so there is time for investigation and legal research. There must be money for training and for the resources that modern representation requires, such as experts to challenge state forensic evidence and social workers to determine a client’s needs and services.

The public defense reform and mandate relief legislation had bipartisan sponsorship and support. It unanimously passed, with no upstate-downstate divide. Editorial boards across the state have endorsed it. It furthers core values of justice, statewide equity and fiscal responsibility. I ask Governor Cuomo to sign it into law.