How ‘affluenza’ threatens to reach the presidency 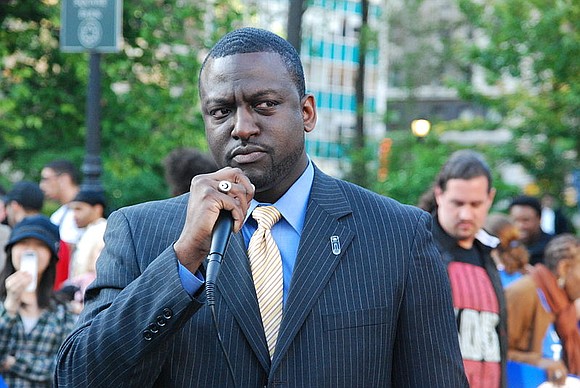 After many years of near anonymity, I was dragged back into the spotlight by Donald Trump.

More than 27 years ago, when I was 15 years old, I was accused and convicted of one of the most infamous crimes in New York City history—the rape of a woman then known only as the Central Park jogger. I and four other teens (ages 14, 15 and 16) were innocent, but four of us gave false confessions just so that we could “go home” as police promised. We spent between seven and nearly 13 years in prison, branded rapists, for a crime we did not commit.

In 2002, a man named Matias Reyes confessed to the rape and brutal beating of the Central Park jogger, and his DNA definitively linked him to the crime (none of our DNA matched that found on the victim). We were fully exonerated. In 2014, the city of New York settled with us for $41 million.

Earlier this month (Oct. 7), though, when asked about the Central Park Five, Donald Trump said in a statement, “They admitted they were guilty. The police doing the original investigation say they were guilty. The fact that that case was settled with so much evidence against them is outrageous. And the woman, so badly injured, will never be the same.”

This statement was not the first time Trump had an opinion about me. In 1989, when the incident first occurred, he took out full-page ads with his own money in all of the major New York newspapers calling for the reinstatement of the death penalty.

His support of police—at any cost—and his denigration of those who are poor, of color and without many resources did not start this year. It goes back to the late 80’s and continues to this day. As they say, a tiger doesn’t change its stripes.

So I was very interested when The Washington Post released audio and video from 2005 revealing that he said he would grab women’s genitals and kiss them, and that they’d let him do it because he’s “a star.” Now, he said this when he was almost 60 years old; it’s not something he said when he was 12, 13 or even 20. In my opinion, this attitude is something that is part of the fiber of his being.

Even if women would let him do that because he’s a celebrity, for Donald Trump to misuse that power and prestige in that way is telling and very unfortunate. And to flip it and say that what he said is “just locker room banter” and therefore normal for men is not only perverted—it’s scary.

And it’s hypocrisy at its finest.

Mr. Trump, your obviously cavalier view toward women and the ways in which you have treated them shows that you have come down with (or were in fact born with) “affluenza.” This condition makes people with privilege and resources believe they can do whatever they want without care.

But we need a president who will empathize with and understand all Americans—rich, poor, white, Black, Hispanic, Asian, Muslim, Christian, men and women.

What we don’t need is a man who speaks from a perch on high and, in my case at least, refuses to acknowledge his mistakes, even in the face of evidence, until there’s no turning back.