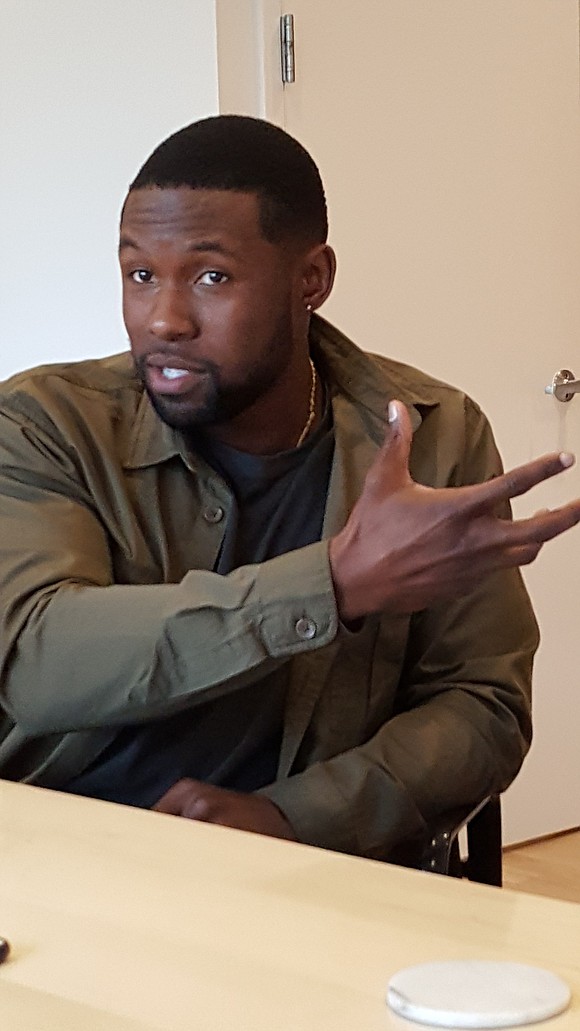 Every major film critic has weighed in on the beauty and lasting impact of the new film “Moonlight,” which really can’t be called “just a gay film” or just an “African-American film” because it’s much, much more.

This labor of love is about a very tender and absolutely heartbreaking story of a young man’s struggle to find himself—his gay and African-American self—and his story unfolds across three defining chapters in his life as he experiences the ecstasy, pain and beauty of falling in love, while grappling with his own sexuality.

Directed and written by visionary filmmaker Barry Jenkins, based on a play titled, “In Moonlight Black Boys Look Blue,” written by MacArthur genius grant recipient (2013) Tarell Alvin McCraney, “Moonlight” is a groundbreaking exploration of masculinity—a sensual, intoxicating piece of cinema that uncovers deep, and often uncomfortable, truths about the moments that define us, the people who shape us most and the ache of true love that can last a lifetime.

The lead character is Chiron, but at different points in his life he is labeled with nicknames, beginning with Little, when he is 9-/10-years-old (Alex Hibbert), at 16 he’s called Chiron (Ashton Sanders) and at approximately 26, he is known as Black and portrayed in an illuminating performance by newcomer Trevante Rhodes.

“Moonlight” opens with Chiron, aka Little, age 10, fleeing from vivacious bullies and finding a makeshift hiding space inside a housing project that doubles as a crack den. Terrified, he is rescued by the drug dealer, Cuban-American Juan (Mahershala Ali), who becomes a make-shift mentor and unofficial guardian, assisted in large part by his understanding girlfriend, Teresa (Janelle Monáe).

Everything about “Moonlight” works, making it an easy choice for the upcoming award season.

Along with the praise of the cinematic look and sound of the film, the performances by the ensemble is rather startling.

The spotlight has been directed, and deservedly so, toward the work of newcomer, Rhodes, who is a former track and field star (from Louisiana) and discovered by a casting agent on his Texas college campus.

In his silences, which are many in the film, his nonverbal communication elevates everything and the audience is left feeling, deeply, that they are living inside poetry.

The Hollywood establishment is standing up and taking serious notice of Rhodes.

Divine intervention can be credited for Rhodes’ success because the relatively unknown actor shot into a lead role that required him to carry the weight of all three Chirons.

Originally reading for the role of Kevin, Rhode’s audition was interrupted by casting director Yesi Ramirez (“21 Jump Street,” “Blood Diamond,” “Lords of Dogtown”) and Jenkins, when it dawned on everyone (at once) that the muscular, intensely masculine Rhodes was more suited for the role of Black, Chiron’s street-savvy adult incarnation.

Ramirez recounts the steps. “It’s not often as a casting director that I feel so strongly about an actor just by him walking in the room, but Trevante was special,” he said. “In addition to his masculinity, he possessed that vulnerability we needed so crucially for the audience to feel something for this character.”

Here is what Rhodes had to share with AmNews.

AmNews: What do you love about being a Black man?

Rhodes: To be … honest, I like being underestimated. I like that fact I get to kind of show people certain sides about us, as a people, that certain [types of] people [they] don’t really naturally believe that we have, can do or can be. Know what I mean?

I know, that’s kind-of-like sounds like [I am] belittling our race, in a sense, but society has brought us up to think they are [a] dumb or lesser than kind [of] people and I like to be part of a discussion that proves … [them wrong] … that combats that. I love the fact that I get to be around you guys [journalists/artists] who are all doing the same thing. Helping to progress and to push forward as a people.