Woman accuses Clarence Thomas of groping her in 1999 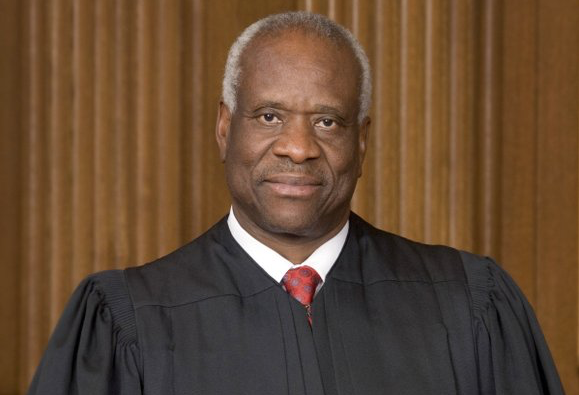 And another Truman scholar, who Smith married and later divorced, told the publication that he "definitely remembered" her telling about the experience.

Three dinner guests said they had no prior knowledge about Thomas inappropriately touching Smith.

Louis Blair, the then-head of the Truman Foundation and Smith's boss at the time, said he found the allegation "shocking." He questioned whether Thomas would ever be alone with a dinner guest.

Smith posed for a photo with Thomas after the dinner and said she remembered feeling "conflicted" about it.

"On the one hand, I really liked Justice Thomas," she told the National Law Journal. "He was clearly smart, engaging, and hilarious -- he had a booming and totally infectious laugh. On the other hand, I was so confused about what had happened. It had transgressed such a line."

Thomas is marking 25 years on the bench this month. He appeared at an event at the conservative Heritage Foundation on Wednesday and appeared in a jovial mood and his wife, Virginia, was in the audience.

There have been no similar allegations against Thomas since Anita Hill, who claimed during the justice's 1991 Senate confirmation hearings that Thomas sexually harassed her verbally when she worked for him at the US Department of Education and again when he was chairman of the Equal Employment Opportunity Commission. Thomas denied Hill's testimony.

Two people close to Thomas defended the justice, both saying Smith is accusing Thomas because she is a Democrat.

"This is the latest in those attacks from a person who, as the Law.com story makes clear, is a Democratic partisan, having contributed to Democratic candidates and worked as a staffer for a Democratic elected official," Mark Paoletta, who worked on Thomas' confirmation, told CNN in a statement.

A former female clerk of Thomas also said in post published in the National Review that Smith's accusation "bears no resemblance to the man I worked closely with."

Smith is married to Jake Metcalfe, a former chairman of the Alaska Democratic Party. In 2008, he withdrew from a primary campaign for Congress after his campaign was linked to fake, derogatory websites about another candidate.