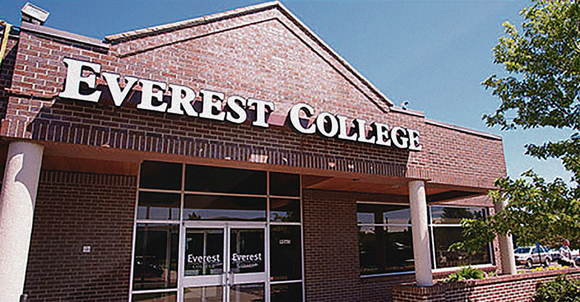 With 44 million consumers owing about $1.4 trillion in student loans, a new report by the Consumer Financial Protection Bureau finds that student loan servicing and debt collection together will boost borrower costs even higher over the next two years.

The Bureau’s recently-released Student Loan Ombudsman Report termed the nation’s current system as “flawed” and further calls for an “overhaul” to improve conditions for an approximate 8 million distressed and defaulted borrowers. Its findings and conclusions are based on 5,500 private student loan complaints and approximately 2,300 debt collection complaints filed between October 1, 2015 and May 31, 2016. Since February 2016, 3,900 student loan complaints made concerned loan servicing.

“This report offers further evidence that industry practices and needless red tape can turn a student loan into an unbearable burden,” said CFPB Director Richard Cordray. “Policymakers should work to reform the programs that are failing those borrowers that need help most.”

Complaints filed with CFPB during this reporting period cite:

• Delays and dead ends when applying for income-driven plans that include interest subsidies and loan forgiveness;

• Loan servicers billing borrowers hundreds of dollars more per month than was arranged with the debt collector; and

• Conflicting information as to where loan payments should be sent and how those payments would be applied to loan balances.

“The moment they earn their bachelor’s degrees, Black college graduates owe $7,400 more on average than their White peers ($23,400 versus $16,000, including non-borrowers),” wrote Judith Scott-Clayton and Jing Li for Brookings.

As an increasing number of Black students enroll at for-profit colleges for either undergraduate or graduate studies, those who borrow loans are also the most likely to incur heavier debt, carry it longer, and default more often.

Not a favorable scenario when time and studies were meant to bring financial security and a higher quality of life.

“While previous work has documented racial disparities in student borrowing, delinquencies and defaults, in this report we provide new evidence that racial gaps in total debt are far larger than even recent reports have recognized,” the authors continued, “far larger now than in the past, and correlated with troubling trends in the economy and in the for-profit sector.”

Between 2004 and 2008, Brookings noted that Black enrollment at for-profit institutions increased dramatically. During much of these same years, for-profit colleges have faced regulatory scrutiny and quality of education challenges that led to large institutional closings such as Corinthian Colleges and more recently, ITT Technical College that also lost its accreditation.

“[T]he for-profit sector is by far the fastest-growing sector and the only sector that has seen enrollments grow differentially by race,” states the Brookings report.

Earlier this year the Center for Responsible Lending joined with the National Consumer Law Center in calling for the Department of Justice to take actions to ensure racial justice in student loan lending.

“We call on the Department to collect and release the data necessary to learn the true extent of the impact of student debt on communities of color,” the coalition continued, “and to work with borrower and consumer advocates to ensure that student loans are a tool for economic advancement and not economic devastation for borrowers of color.”

Four years after graduating, nearly half of Black graduates – 48 percent – owe more on their federal undergraduate loans than they did at graduation, says Brookings. By comparison, only 17 percent of White undergrads owed more debt.

Federal law, however, provides some recourse. Borrowers who have defaulted on their student loans are federally guaranteed the right to be given a chance to get out of default and back on track. The process, includes making a series of income-based payments that take into account income and family size.

Secondly, student loan borrowers who have encountered problems with their servicers or related debt collectors can and should bring their concerns to the attention of the CFPB. Complaints may be mailed, faxed or filed online, including all supporting documentation. An advantage to the online filing is that a complaint number will be assigned that enables consumers to check on the status of their complaint at any time.

“Federal financial aid policy alone cannot solve these problems,” concludes the Brookings report, “but neither can it ignore the challenges facing students of color who disproportionately bear the burden of student debt.”