‘Everything Is Fine Until It’s Not’ completes run at FringeNYC 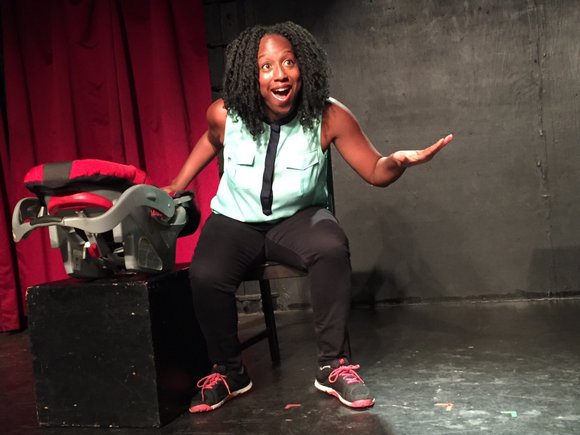 Doreen Oliver sets a humorous and realistic tone in a one-woman performance of “Everything Is Fine Until It’s Not.” The play, which was featured at the annual FringeNYC festival, centers on the complexities of raising an autistic child.

Janeece Freeman Clark directs the one-hour play, which is written and produced by and stars Doreen Oliver. In addition to sharing the story of her own challenges with raising an autistic son, Oliver further highlights 21st century family life and parenthood challenges.

Oliver sets the play off on a composed and unruffled note, with little sign of the impending drama and excitement to unfold. It almost comes as a surprise when she shifts into her first colorful character, her 80-year-old aunt, a woman strongly set in her traditional ways, and the first of many strong female characters through which Oliver vibrantly tells the story.

The story is enacted from events that occurred in Oliver’s real-life journey. Oliver includes characters and people from the opinionated world she inhabits. From caricatured caseworkers and friends to nuanced portrayals of her family members, Oliver quickly wins the attentiveness of her audience. Through sound effects, minimal props and raw emotion, Oliver manages to artfully inject the presence of her son Xavier.

Oliver singlehandedly brings to life nail-biting dramatic and tense domestic moments. She introduces her character ,Doreen ,as a new mother susceptible to every sensation and sentiment that comes with motherhood. The audience travels with Doreen on the sweet uncomplicated ride of the arrival of a new child and is transported into the very same chaos that accompanies it.

“Everything Is Fine Until It’s Not” proved to be an engaging and authentic piece that served to educate, entertain and broaden the horizons of its audience on the veracities of autism, parenting and life. The show tells a touching story with humor, at times bursting with the hard-hitting nature of reality.