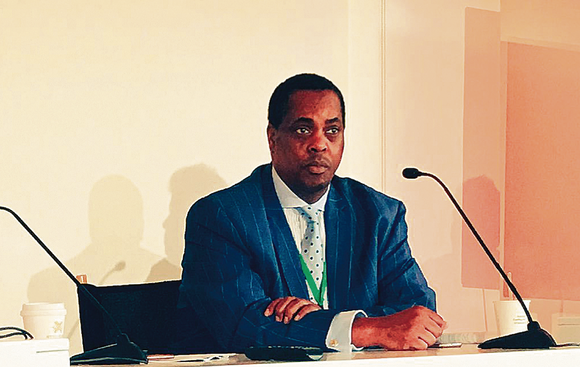 Clayton Banks, the founder and co-executive producer of Silicon Harlem, is almost as everywhere as the internet. No matter what major event occurs in Harlem, Banks can be found in the audience or on a panel or called on to explain the digital divide and what can be done to bridge this gap.

An indication of the presence of Banks and Silicon Harlem occurred recently during Harlem Week, and their partnership with the Greater Harlem Chamber of Commerce was highlighted by the well-attended “hackathon” and the provision of virtual reality solutions.

Although the hackathons and interactive meetups have given Silicon Harlem increased visibility, Banks is still gravely concerned about the disparity of broadband accessibility in our community, particularly among low-income residents.

In a recent email, he spelled out some of the problems troubling him and his organization. “Millions of American households still lack access to any broadband provider,” he wrote, “and compared to some of the world’s leading broadband nations such as Sweden, Korea and Japan, America lags behind on price for high-speed plans. Free and affordable Wi-Fi can change lives, and the Democratic nominee for president, Hillary Clinton, has made this a part of her economic platform. That’s why she included a commitment that 100 percent of households in America will have access to high-speed, affordable broadband by 2020 as one of her top policies for technology and innovation.”

If this promise is kept—and if Clinton is elected—Banks believes the developments will go far in expanding the availability of online options and Wi-Fi, especially in the communities of color where the school children are among the most deprived. “Eighty percent of homework in local schools is now assigned and must be completed online,” Banks said. Consequently, one in four households with school age children cannot complete their homework.

Universal broadband for all our citizens is the demand Banks is making, and the quest is at the core of Silicon Harlem, which is a social venture, an ecosystem, a veritable hub created to provide the information and tools needed to prepare for the 21st century opportunities.

Many of these issues and objectives will be on the agenda at the third annual Next Gen Conference, Oct. 21, at the Mist. For additional information on the conference and registration, go to www.siliconharlem.net/2016-conference-registration.