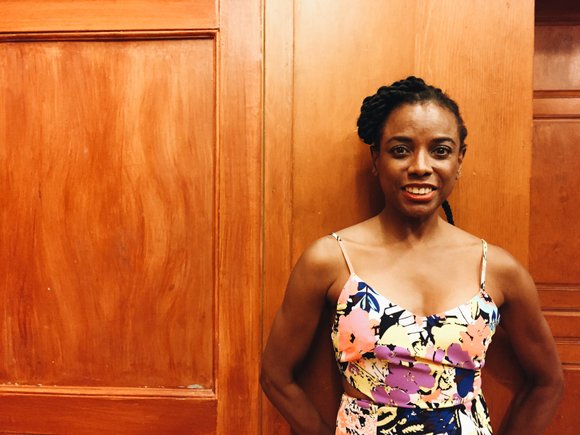 “Demerara Gold,” starring and written by Ingrid Griffith, is a boisterous one-woman show about a young Guyanese girl’s coming of age journey, capturing a heart-wrenching immigrant’s tale in spurts of immense elation and disconcerting sorrow, with pocket sized doses of laughter, all in one 90-minute sitting.

The play tells the life story of a Caribbean girl who is left in the care of her eccentric grandmother after her parents immigrate to the U.S. Young Ingrid dreams of the American dream, only to find herself disillusioned by the woes and intricacies of reality. Griffith highlights the grim difficulties of familial life in a lighthearted manner while not diminishing the seriousness thereof. It inherits laughter of pain and understanding.

From the moment Griffith steps onto the small, bare stage with only one prop—a chair—she paints a vivid picture of bustling Caribbean Guyana through her portrayal of various colorful characters. She transports the audience to a lively 1960s Guyana through music and dance.

In the body of her adult self, Griffith takes a trip down memory lane and introduces her audience to the spirited 7-year-old Ingrid. Eerily reminiscent of any inquisitive young girl, Griffith’s lifelike portrayal of her feisty younger self quickly seeps into the hearts of audience members.

Griffith’s thorough characterization pulls the show together with a string of well-crafted characters. Each with her or his own set of caricatures and treasures that prime the audience to stand by as voyeurs observing the flamboyant lives of these characters.

Recluse grandmother Adda spends her days behind her window peering at passersby. Griffith’s characterization of her shrill voice, transfixed frown and bushels of traditional pride had the audience roaring with laughter. For someone with such a small frame, Griffith portrayed the menace of a man in the depiction of her father. Neighborhood characters added flavor and spice to the trimmings of the story.

A play given a standing ovation by its intimate audience, “Demerara Gold” is a must-see for people of all ages and racial and cultural backgrounds. It is an ode to taking back your own worth. It reminds the audience that every untold story is one that needs to be told.