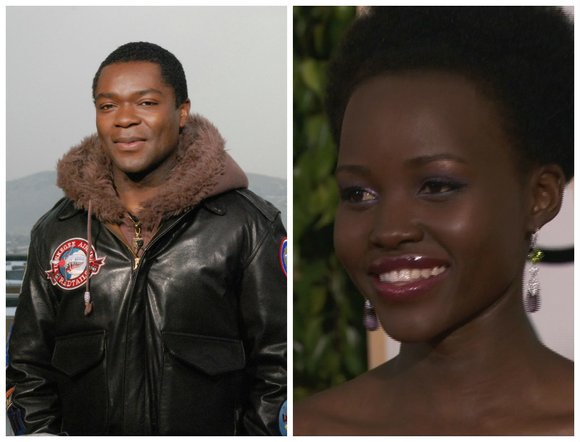 TORONTO (CNN) -- Much was made of the Oscar David Oyelowo didn't win for his role as Martin Luther King, Jr. in 2014's acclaimed "Selma." Yet Oyelowo, now the star of Disney's upcoming "Queen of Katwe," says the snub didn't bother him because the role was about more than just accolades.

"Why I do what I do is to share a story with an audience," Oyelowo told CNN at the Toronto International Film Festival on Sunday. "Any perception of what I should or shouldn't have got just made people more aware of the film, so you could argue that regardless of what anyone thinks, the ultimate thing you hope is that more people get to see your film. At the end of the day, that's why you do it."

Following two years of controversy over a lack of nominations for people of color in the Oscars' acting categories, the Academy has taken measures to include more diversity in its ranks.

Oyelowo's "Queen of Katwe" co-star Lupita Nyong'o, who won an Oscar for 2013's "12 Years a Slave," is happy to see the steps that the Academy is taking.

"We have to be conscious of the dearth and work consciously to change that," Nyong'o told CNN. "I'm very encouraged on how the Academy is changing things."

Nyong'o added that as an Academy member herself she is trying to be more involved by adding her voice to different activities and programs.

"It's about baby steps," she said. "It's about everybody playing their part."

Oyelowo and Nyong'o star in "Queen of Katwe," a Disney film that tells the true story of Phiona Mutesi, who becomes a chess champion despite an impoverished background in Uganda.

The film was showcased at the Toronto film festival over the weekend and has received some buzz as a potential awards season sleeper.

Oyelowo, who plays Mutesi's chess coach Robert Katende, said that not only did he meet his real life counterpart but he actually learned how to play chess on set from Katende.

As for Nyong'o, who plays Mutesi's mother Nakku Harriet, she said she was drawn to the role due to the incredible real life story.

"10 pages into reading the script I was crying," Nyong'o said. "It was so refreshing. I hadn't seen anything like this across my desk yet."