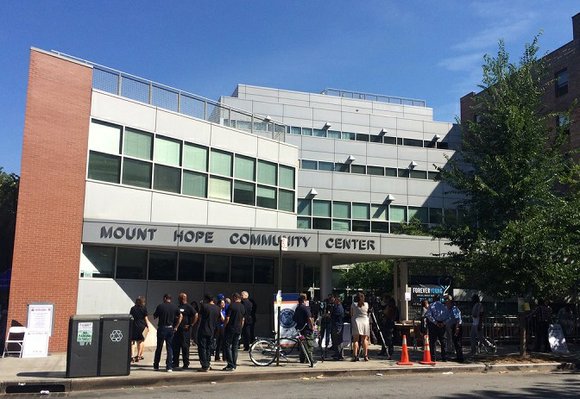 A burden for several people in the Bronx was lifted when 355 summons warrants were erased at last Saturday’s “Another Chance” event held at the Mount Hope Community Center. Officials said nearly 500 attended the event hosted by Bronx District Attorney Darcel D. Clark and the Legal Aid Society.

“I think it’s just great to connect with the community like this. We helped people clear their records in an enjoyable event, and forged closer ties between my office, the courts and the people we serve," Clark said. "The people who walked out of the Mount Hope Community Center today can look ahead to a bright future instead of looking over their shoulders because they have an outstanding warrant.”

According to preliminary figures, 270 people had 355 warrants vacated. Many of the warrants dismissed involved summonses for public consumption of alcohol or trespassing. Participants also attended a resource fair, where vendors provided information and resources on jobs, health care and social services.

Peter Jones from the Legal Aid Society said, “It's a big step towards building community and credit to District Attorney Clark for getting it done. It was a great opportunity for people to come in quickly and efficiently to resolve warrants. Outstanding warrants are a real impediment to people in the community, even on low level infractions. They create impediments to housing and employment and often create immigration issues. The opportunity to come in and quickly and easily resolve them creates a more inclusive environment.”

Officals from the DA's office said they plan to have the next "Another Chance" event in 2017.