Architect Vertner W. Tandy, a man of many firsts 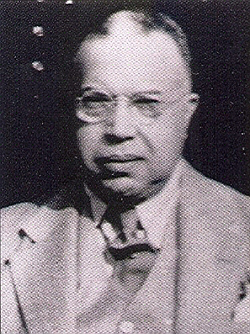 From Harlem to up the Hudson River, the creative genius of architect Vertner Woodson Tandy remains on display. The next time you venture to Hamilton Terrace, stop by the Ivey Delph apartment building that he designed there in 1948. With free time on your Harlem tour, visit St. Philips Episcopal Church on 134th Street. Tandy was still in his 20s when that edifice was completed.

To see the mansion Tandy designed for the illustrious millionaire Madam C.J. Walker, you have to take a trip up the river to Irvington-on-Hudson, where he erected the palatial Villa Lewaro.

But Tandy’s ability as an architect, for all his path-breaking accomplishments, is but one of his claims to fame.

Born May 17, 1885, in Lexington, Ky., Tandy was educated at the Chandler School. Although he gained the basic principles of math, science and some elements of engineering in the city’s schools, it was from watching his father, Henry, a brick mason, build homes that he gained the most important lessons of his craft. His father’s constructions abound in Lexington.

With these early lessons under his belt and in his head, Tandy enrolled at Tuskegee Institute in 1904. There were not only the classes to expand his natural architectural instincts, but also the political and philosophical underpinnings from the school’s founder and leader, Booker T. Washington. Given his talent and training, Tandy was by far the school’s most outstanding student in architecture.

According to one website, Tandy met his future wife, Sadie Dorsette, while attending Tuskegee. She was the daughter of a Montgomery, Ala., doctor, Cornelius Nathaniel Dorsette, who was not only a doctor, but also the first African-American to pass the Alabama Medical examination and a confidant of Booker T. Washington. The Tandys were the parents of one son, Vertner Woodson Tandy Jr. in 1922.

In 1905, Tandy transferred to Cornell University in Ithaca, N.Y. When he arrived on campus, according to one eyewitness, he was adorned in a cadet’s uniform “with a saxophone under his arm.” A year later, Tandy was a member of a team of students who formed Alpha Phi Alpha Society, the first African-American Greek letter fraternity.

As a leader of the fraternity—he was the treasurer— he designed the pin and later was responsible for the fraternity’s incorporation.

The members of the fraternity, along with Tandy, were called the “Jewels,” and among its notables were Henry Arthur Callis, whose reflections of those days have been recounted in several books, and Eugene Kinckle Jones, a prominent civic leader with the National Urban League.

It was predictable that Tandy would become New York’s first African-American registered architect. With an office on Broadway, where his partner was George Washington Foster, the firm was soon sought by clients across the state, and particularly in Harlem. (Foster died in 1923.)

As World War I stirred around the globe, Tandy was quick to demonstrate his patriotism and was soon the first African-American to pass the military commissioning examination. Subsequently, he was commissioned a first lieutenant in the 15th Infantry of the New York State National Guard. In effect, he was a member of the famed Hellfighters of Harlem, who distinguished themselves on the battlefields of Europe.

The buildings Tandy constructed are found from one end of Harlem to the other, including Mother Zion AME Church on 138th Street, Mount Moriah Baptist Church on 134th Street, the Abraham Lincoln Housing Projects and even the 369th Infantry Regiment Armory, where his military unit was stationed. During this stint, he organized the regiment’s recruiting station. He developed the armory in association with other architects, as he did with many other sites.

Tandy also designed many buildings in his hometown of Lexington, and it is rather ironic that he did not design or build the home where he lived on Strivers Row in Harlem.