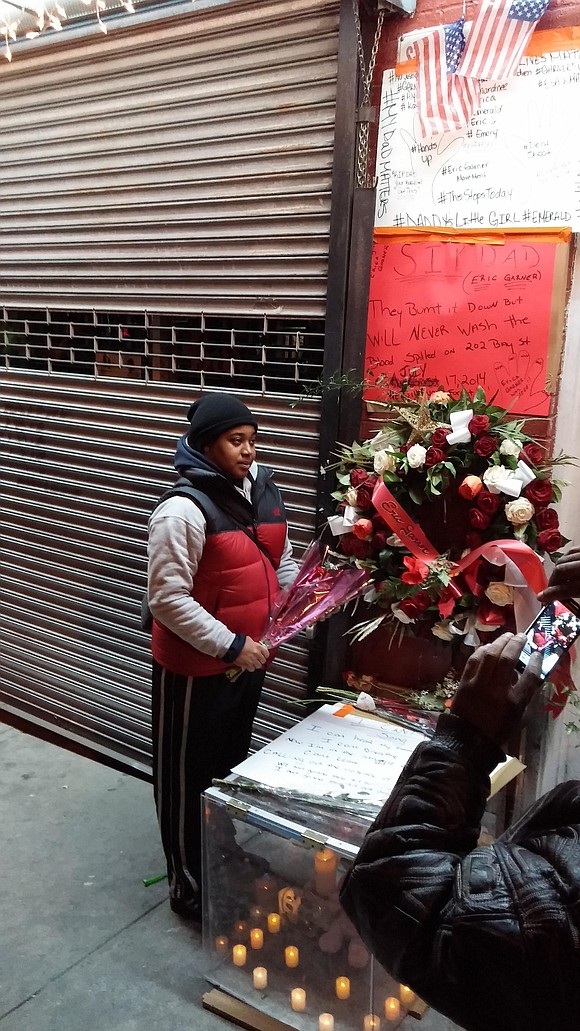 I am pleased that public outrage and good investigative journalism has resulted in the NYPD “reviewing” overtime pay for officers on modified duty. Unfortunately, I feel like this action, as was the case with the independent prosecutor that Governor Cuomo ordered, is nothing more than a temporary stop designed to appease the people and resume business as usual. The idea that Daniel Pantaleo received a substantial increase in pay after murdering my father and no one noticed is silly. Someone knew about this increase. This increase was Mayor de Blasio’s bonus for a job well done, and de Blasio has put his political future on the line to defend this corrupt institution. It underscores why we need transparency, the Right to Know Act and a permanent special prosecutor now. It also underscores why de Blasio is fighting tooth and nail to hide the disciplinary records of this killer cop on the payroll. He already knows what we do not. When the public got the disciplinary records of Tamir Rice’s killer, we learned that he was not fit to be a police officer and that he spent two years being denied a job by multiple police forces until the Cleveland Police Department offered him one.

The NYPD has said that their investigation is concluded, but they are waiting on the DOJ. The DOJ, two years later, has failed to reach a conclusion. Because the DOJ is still investigating and the NYPD is doing “reviews,” I’m calling for a full review of the complaints that have come out of the 120th Precinct in Staten Island, where three out of every five NYC police officers live. As long as police officers such as Daniel Pantaleo and Michael Zak are on the force and reporting to work in the 120th Precinct and getting bonuses for corruption, you can never be serious about healing and building relations with the community.

De Blasio’s benign neglect of the Black community in NYC has led not only to Pantaleo’s bonuses but also to the killer cop who murdered Ramarley Graham getting increased pay as well. So unless these reviews will implement real changes and not just a delay in the miscarriage of justice, I think the message to police from City Hall is, “Pull the trigga, kill a nigga. He’s a hero.”