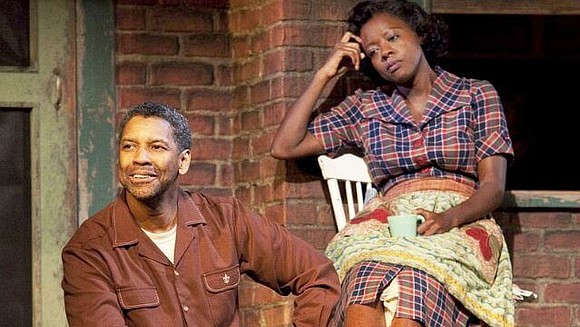 (CNN) -- It's a little early to be making Oscar predictions, but if the first trailer for "Fences" is any indication, expect to see Viola Davis and Denzel Washington on some critics' lists.

In the movie, an adaptation of August Wilson's play, the two actors reprise roles that won them Tony Awards in 2010. Washington plays Troy Maxson, a working class former baseball player who struggles to provide for his family in 1950s Pittsburgh. Davis plays his wife Rose.

In the trailer, viewers also meet the couple's young son (Jovan Adepo), who clashes with his father in a tense scene that kicks off the promo.