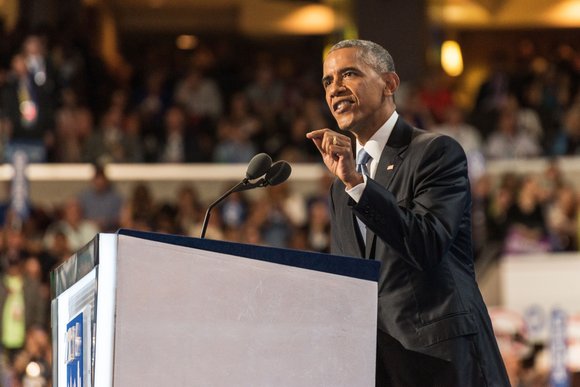 Sept. 14, the United States and Israel signed a new 10-year Memorandum of Understanding on military aid, replacing the current MOU set to expire in 2018. The new agreement covers fiscal years 2019 through 2028 for $38 billion. Activists say this amount of aid is the single largest pledge of bilateral military assistance—with any nation—in U.S. history.

Some analysts say that each U.S. taxpayer will be paying more than $300 per head to the Israelis and the arms industry, adding that the money will mainly go to Israel’s offensive military capacity that includes weapon systems used against Palestinians.

“‘Business as usual,’ which the new aid package represents, has historically done nothing to solve any problems, thus the message being communicated is that the U.S. really has no desire or interest to see justice done in Palestine,” stated Dale Loepp, an organizer for Isaiah58, which advocates within the Evangelical Lutheran Church in America, in an email to the AmNews.

ECLA actively spoke out against the negotiations leading up to the passing of the new aid package by the Obama administration. “We were of course realistic about the chances that the stance of our church would have any positive effect on the negotiations, but at least our voice would be heard,” Loepp said.

Activists attempted to tie the Israeli settlement expansion to the military aid package. “At a time when the U.S. claims to oppose the expansion of Israeli settlements built illegally on occupied Palestinian land, increasing the military aid package is rewarding destructive Israeli behavior,” stated the Oakland-based Jewish Voice for Peace in a press release. “The is U.S. underwriting Israel’s apartheid policies towards the Palestinians.”

Sept. 21, Obama held a 30-minute meeting with Israel’s Prime Minister Benjamin Netanyahu in New York City on the sidelines of the U.N. General Assembly debate. The White House claims to oppose Israel’s expanded settlement activity in the West Bank, according to CNN, but during his address to the U.N. Obama, on Sept. 20, made little reference to the Palestinian/Israeli conflict.

Obama told the 193-member General Assembly that the two groups would be better off if “Palestinians reject incitement and recognize the legitimacy of Israel’s right to exist, and that Israel recognizes that it cannot permanently occupy and settle Palestinian land.”

his address, sternly rejected any effort by the world body to speak on the conflict as “intolerable.”

“We will not accept any attempt by the U.N. to dictate terms to Israel,” he said.

Josh Ruebner, policy director at the Washington, D.C.-based U.S. Campaign to End the Israeli Occupation explained to the AmNews that Obama has allowed Israel to thumb its nose at the U.S., and the new aid package “puts a nail in the two-state solution,” while giving a huge corporate subsidy to American weapons makers.

On the ground in the U.S. the $38 billion would be better used by people to put food on their tables and to provide better health care, Ruebner added.

Bill Fletcher Jr., a racial justice, labor and international activist, and author of “They’re Bankrupting Us!,” explains to the AmNews why there is very little grassroots activism in the Black community against the administration’s policy concerning Israel.

“I don’t think that Black leaders go for the idea that opposing aid to Israel is a blow against terrorism,” he said. Black leadership fears the threat of Jewish retribution for speaking out, Fletcher added. “Just look at what happened to the Black Congressman from Georgia when he dared to challenge Israel’s settlement policy,” Fletcher said.

Congressman Hank Johnson (D-Ga.), a member of the House Armed Services Committee, said after returning from a trip to the West Bank in July, “The corrosive settlement policies undermine the ability of all citizens in the region to enjoy healthy, peaceful lives in safe communities.”

The Anti-Defamation League called Johnson’s comments “offensive and unhelpful,” demanding that he retract his statements. According to some observers, Jewish voters and donors rallied behind Johnson in his 2006 campaign to unseat then Congresswoman Cynthia McKinney (D-Ga.)

There is, however, one Black leader who is not afraid to speak “truth to power.” On Sept. 18, the Hon. Minister Louis Farrakhan, speaking at the Washington, D.C., Union Temple Baptist Church concerning Obama’s legacy with Black folks, said, “You didn’t earn your legacy with Black people. You fought for the rights of gay people. You fight for Israel.”