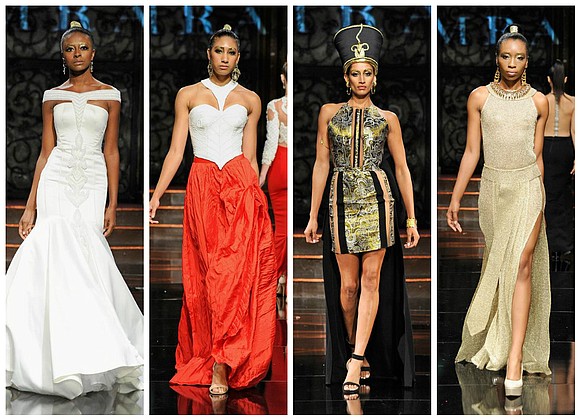 The “Rise of the Pharaohs” is the theme of Temraza’s Spring/Summer ’17 Collection. With her roots in Cairo, the designer’s line was influenced by her hometown, the Pharaohs and ancient Egyptians. This collection, a part of the Art Hearts presentations, shows the authenticity of the Egyptian culture. It also highlights Egypt’s modernized aesthetic in the world of fashion. The colors from the collection are reminiscent of the ancient Pharaohs. The cuts, shapes and movements of Temraza’s clothes are perfect for fashion-forward individuals. The collection symbolizes strength and femininity of women.

Temraza is the first Egyptian brand to officially showcase a collection at New York Fashion Week. The visibility and excitement from the runway was echoed at the 2016 Primetime Emmy Awards, where a piece from the collection was worn by a celebrity on the red carpet. Fashion magazines are responding to the buzz and are featuring the brand in fashion editorials.

Philippine designer Rosenthal Tee returned to New York Fashion Week for her second season, after appearing in the Council of Aspiring American Fashion Designers’ I’mpossible Challenge collective for fall 2016 in February. Sept. 11, 2016, her solo presentation at Pier 59 was well received. Her luxurious ready-to-wear has been a long-standing favorite in her home country. Their elegance and unique patterns makes them a hit among fashion’s connoisseurs.

The I’mpossible Challenge collective makes the impossible become a possibility. A nonprofit organization, the Council of Aspiring American Fashion Designers empowers and brings focus to young emerging designers who stand above the rest. Tee has demonstrated that she possesses every quality needed for success. She combines the contours of landscapes, the threads of culture and the patterns of architecture from vibrant Manila and bustling London. These two locations are important to the designer (she earned her master’s degree in womenswear fashion design from the London campus of Istituto Marangoni). Known for her luxury ready-to-wear in the Philippines, she has adorned many Filipino celebrities. Her style is a mix of youthful creativity combined with a top of the line fashion education.