Liberty season comes to an end 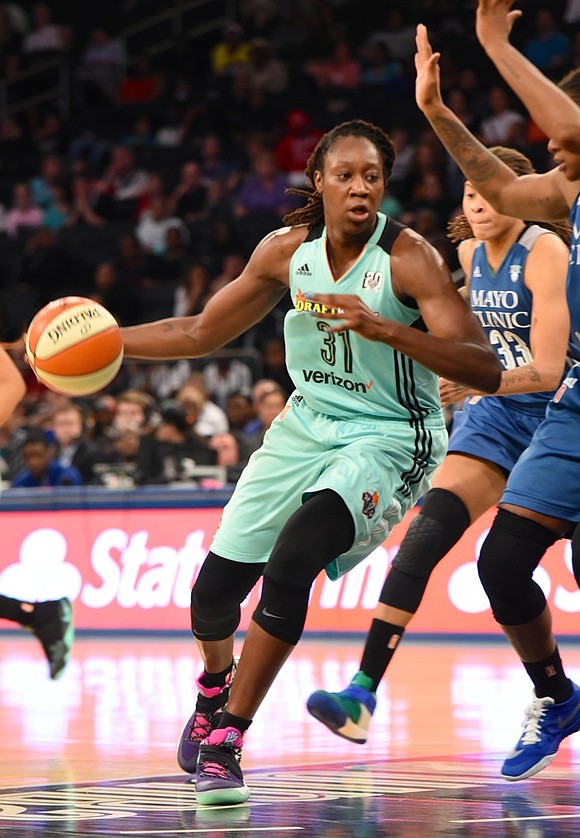 The WNBA debuted a new playoff format this year, with the first two rounds being single-game, one-and-done affairs. The New York Liberty had a bye to the second round, thanks to having the third-best regular season record in the league, but their postseason was short—defeated by the Phoenix Mercury 101-94 last Saturday night at Madison Square Garden.

“It was a hard, competitive game,” said Mercury coach Sandy Brondello. “It had ebbs and flows, momentum changes. We held on.” Her veteran team, led by Diana Taurasi, simply outplayed the Liberty in the most crucial moments.

In some ways, it was the battle of the champions, who wanted their careers to last a few more games. Swin Cash of the Liberty and Penny Taylor of the Mercury are both retiring at the end of the season.

“It’s always tough when you lose,” said Liberty coach Bill Laimbeer. “I told Swin in front of the team I appreciate all of the effort put forth for New York and especially for all the years that we’ve been together [winning two WNBA championships with the Detroit Shock].”

“Everywhere that Swin goes, she’s able to make an impact,” said Tina Charles, who has become a more vocal leader playing with Cash.

All 12 players on the Liberty roster dressed for the game, a welcome sight after injury kept several on the sidelines in recent games. In addition to some stellar play, this season will also be remembered for the political voice Liberty players boldly embraced. They locked arms before the national anthem, this time joined by the coaching staff.

Charles said she has confidence in the team heading into the future. Laimbeer said the players all know what they need to work on in the offseason.

During the final games of the season, medalists from this summer’s Olympics in Rio were in attendance. At Saturday’s game, Queens native Dalilah Muhammad, gold medalist in the 400-meter hurdles (first American woman to win that event), enjoyed watching a team she’d seen as a teenager.

“It’s so nice to come home and see a home team,” said Muhammad, who received a loud ovation. “It’s amazing to come here and celebrate. New York has been such a warm town. I definitely want to see the Liberty again.”