Sandman Sims: A tribute to his legacy 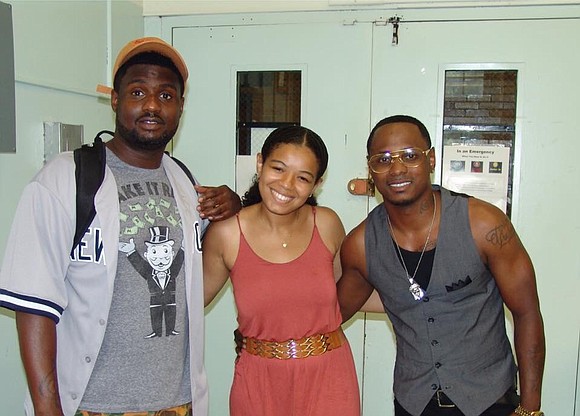 Sandman Sims, also known as Howard Sims, was a renowned artist, legendary tap performer and a beloved member of the Harlem’s Apollo Theater and community.

Sims’ granddaughter, Tatianna Sims, recently organized the Sandman Sims Tribute in his honor during the Harlem Week festivities. The tribute served as a showcase of performers to honor Sandman Sims’ legacy and his love for the arts. The tribute included performances by the likes of Meli’sa Morgan, Maurice Chestnut, Cartier Conway and Eric G.

Tatianna Sims recalled her grandfather’s saying, “It’s not the steps, but the sound.”

“He made sure that tap didn’t die,” said Sims in an interview. “He always wanted young people to understand the arts and to understand the craft of it. While he was still alive, he would be known to walk around with tap shoes in his back pocket and he would challenge a young person for a step or two.”

Sandman Sims was not only a pioneer in his community through the work he did at the Apollo Theater but also his service as a cultural ambassador for the United States. He traveled the world, teaching people about art and craftsmanship. “It’s all about improvisation and you just challenging yourself to inspire others and take up the craft of your dreams,” said Tatianna Sims.

She recalled her grandfather’s love for the arts as being an integral part of his life from a young age. “When he was younger, growing up, that was the way the family put food on the table,” she said. “All the boys and girls all learned tap from their father.”

The name Sandman originated from Sims’ early start in the boxing profession. He became known for his fast and effortless footwork in the ring and the way he danced in a sandbox before getting into the ring. His swift foot movements became known as the “sand dance.” Sims went on to train Muhammad Ali in his boxing footwork.

The tribute was born of a desire to spread Sims’ legacy and love for diversity in the arts and serve as a reminder to celebrate togetherness and diversity, fundamental principles for which Sandman Sims stood. Sims, who starred in the film “Tap” and is featured in the documentary “No Maps on My Taps,” continues to be an inspiration for this generation’s aspiring artists.